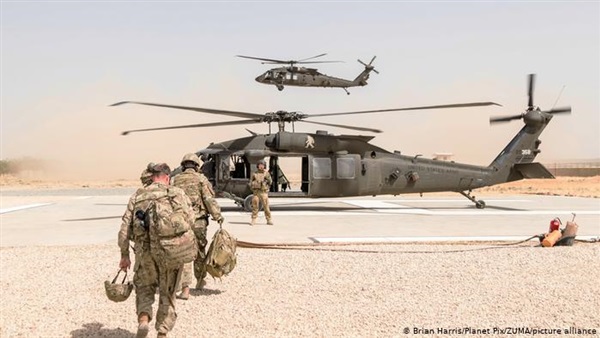 The withdrawal from Afghanistan and the evacuation of Kabul was “a logistical success but a strategic failure,” the chairman of the joint chiefs of staff has told the Senate.

Gen Mark Milley gave the stark assessment at an extraordinary hearing of the Senate armed services committee to examine the US departure, which also became a postmortem on the 20-year war that preceded it.

Milley appeared alongside the defence secretary, Lloyd Austin, and the head of US Central Command, Gen Kenneth ‘Frank’ McKenzie, in the most intense, heated cross-examination of the country’s military leadership in more than a decade

At one point, Milley was obliged to defend his loyalty to his country, in the face of allegations of insubordination in last weeks of the Trump administration, and to explain why he had not resigned in the course of the chaotic Afghan pullout.

“It is obvious the war in Afghanistan did not end on the terms we wanted,” Milley said, noting “the Taliban is now in power in Kabul.”

“We must remember that the Taliban was and remains a terrorist organization and they still have not broken ties with al-Qaida,” he added. “I have no illusions who we are dealing with. It remains to be seen whether or not the Taliban can consolidate power, or if the country will further fracture into civil war.”

It was a long and very difficult day in Congress for the Biden administration, which has been trying to move past the reputational damage caused by the sudden fall of Kabul last month and subsequent scramble to evacuate Americans and allies, which left tens of thousands of vulnerable Afghans behind.

Milley, Austin and McKenzie all confirmed that when the Biden administration was considering its policy on Afghanistan in its first few months in office, they had believed a small US force of about 2,500 should remain.

None could explain Joe Biden’s claim in an interview last month that he had not received any such advice.

“No one said that to me that I can recall,” Biden told ABC News on 19 August.

Milley adamantly rejected a suggestion by Republican senator Tom Cotton he should resign because that advice was rejected.

“It would be an incredible act of political defiance for a commissioned officer to just resign because my advice is not taken,” he said, staring straight at Cotton. “This country doesn’t want generals figuring out what orders we’re going to accept and do or not. That’s not our job.”

In his 19 August interview, Biden had said that US forces would stay until all American citizens had been evacuated. But when the last soldier left on a flight on 30 August, there were still believed to be more than a hundred Americans – most if not all dual nationals who had delayed their decision to leave until it was too late

Milley said it was the advice of the military leadership to stick to the end of August deadline to complete the departure, which the Taliban had accepted.

If the US had stayed on into September to try to evacuate more people, he said: “We would have been at war with the Taliban again,” requiring an extra 20,000 troops to clear Kabul of Taliban fighters and retake Bagram air base near the capital, which the US had abandoned in July.

Milley also had to defend himself against charges that he deliberately sought to undermine Donald Trump’s authority as commander-in-chief out of fear that the former president would launch a foreign war as a diversion to distract attention from his election loss in November.

“My loyalty to this nation, its people and the constitution hasn’t changed and will never change,” Milley told the Senate armed services committee on Tuesday. “As long as I have a breath to give, my loyalty is absolute.”

Milley was facing hostile Republicans, some of whom have demanded his resignation following revelations that he spoke twice to his Chinese counterpart, reassuring him that the US would not launch a surprise attack.

The revelations are contained in a new book, Peril, by the Washington Post journalists Bob Woodward and Robert Costa.

According to the book, Milley also ordered officers assigned to the Pentagon war room to let him know if Trump ordered a nuclear launch, despite the fact that the chairman of the joint chiefs is not in the chain of command.

The general said his two calls with the Chinese army chief followed intelligence suggesting China was fearful of an attack, and were intended to defuse tensions.

“I am certain President Trump did not intend to attack the Chinese,” Milley said, adding he had been directed by the defence secretary to convey that message to the Chinese.

My task at that time was to de-escalate,” he said. “My message again was consistent: stay calm, steady and de-escalate. We are not going to attack you.”

He said the calls were closely coordinated with the defence secretary and other senior officials in the Trump administration, and that several senior Pentagon officials sat in on the calls.

On the question of his actions on nuclear launch procedures, Milley said he had a responsibility to insert himself into those procedures in order to be able to perform his role to advise the president properly.