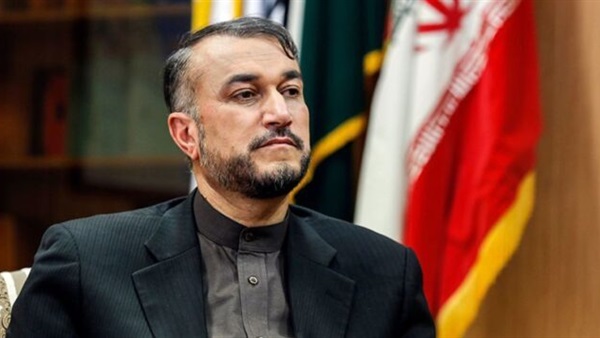 At a time when Iran is seeking to compel the United States to lift the sanctions imposed on Tehran and trying to achieve this through the Vienna negotiations, which Iranian Foreign Minister Hossein Amir-Abdollahian announced his country's readiness to resume, the Republicans in the United States have dealt a slap that represents an obstacle to Tehran's attempts to lift the sanctions through a bill that prevents the administration of President Joe Biden from easing sanctions on Iran.

The bill began in February, as Republican lawmakers in the US House of Representatives and Senate sought to use all legislative means available to them to ensure that sanctions are not lifted on Iran before the latter returns to fulfilling all its obligations under the nuclear agreement, in addition to stopping its activities that threaten security and peace in the region.

The Republicans succeeded in including several measures in the annual defense bill that would prevent the Biden administration from providing Iran with funds and would require the administration to disclose any relief in economic sanctions it provides to Iran.

The Republican Committee, the largest partisan grouping of the Republican Party in Congress, codified its anti-Iran platform in the 2022 National Defense Authorization Act, which passed through the House last week.

Republicans are using the National Defense Authorization Act to restrain Iran, revealing the concessions the Biden administration is making to Tehran as part of negotiations aimed at securing a modified version of the 2015 nuclear deal.

The passage of the bill comes at a time when international parties were seeking to bring the views of the United States and Iran closer, especially in light of the flexibility shown by the Biden administration and its reliance on the principle of diplomacy to solve the nuclear file crisis and reach solutions that limit Tehran's violations.

The Wall Street Journal published a report in April in which it quoted statements from figures participating in the talks as saying that progress has been made, as the United States more clearly defined the features of easing the sanctions that it is preparing to introduce, noting that many of these sanctions were imposed during the era of former President Donald Trump and that US officials have previously said they are willing to consider lifting some of them.

The report quoted sources familiar with the talks as saying that the United States is open to lifting terrorism-related sanctions against the Central Bank of Iran, Iran's national oil companies and tankers, and several major economic sectors, including steel, aluminum and others.

The passage of the bill by the Republicans undermines the hopes of the Iranians, especially since the statements of Foreign Minister Amir-Abdollahian regarding Tehran’s readiness to return to the Vienna negotiations touched on the necessity of lifting US sanctions completely.

This step by the Republicans comes at a time when a more hardline Iranian negotiating body has been formed, which indicates a widening gap between the two sides instead of bringing views closer or making concessions from both sides that push the negotiations to achieve positive results and reach understandings on the stalled files.