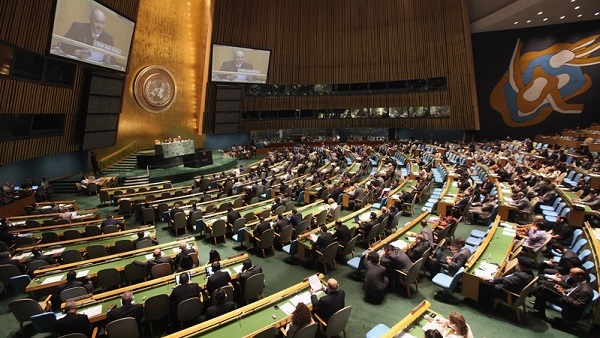 Iran is showing great interest in the upcoming Iraqi elections, which are scheduled to be held on October 10, by supporting the entities loyal to Tehran and by addressing the role of the Iraqi national parties and entities that will contest these elections, as Tehran fears they will reap the electoral results, which would mean the decline of the role of the mullah regime and the loss of its hegemony over Baghdad's political decisions.

At the head of the pro-Iranian entities in Iraq is the Islamic Dawa Party, which began to exercise its role decreed by Iran since the formation of the Iraqi Governing Council in 2003 at the hands of the American civil administrator, Paul Bremer, during the United States’ occupation of Iraq. The party still exists today, with some changes in the names and alliances, according to the changing interests and data in the Iraqi arena.

Shiite blocs and pro-Iranian entities still retain their structure since their inception during the American occupation, with some slight changes in the nomenclature, which they resorted to after the recent movement in the Iraqi street.

The Iranian concern over the results of the upcoming elections and its seeking to dominate the entities loyal to Tehran appears through these entities’ refusal for international supervision of the elections. On January 27, Iraqi Foreign Minister Fuad Hussein announced that his country had sent an official request to the UN Security Council to monitor the upcoming elections, noting that the government is continuing to hold elections, which are one of the most important goals in the government curriculum, and is ready to provide all the requirements that fall upon it and undertake to provide a safe environment for fair elections that meet international standards.

In light of what was reported about the concern of currents and parties loyal to Iran about this step, UN Envoy to Iraq Jeanine Plasschaert tried to reassure these currents during a press conference she held on January 28, where she said, “The role of the United Nations until this time is to provide technical assistance to the commission,” noting that “the election process is awaited by the Iraqis and led by Iraq, and the United Nations cannot play the role of the commission.”

Iranian concerns about international supervision of the elections began after the supreme Shiite authority in Najaf demanded that the condition of international supervision be fulfilled. The supreme Shiite cleric in Iraq, Ali al-Sistani, said in a statement following his meeting with Plasschaert, “Integrity and transparency must be observed in the various stages of conducting the elections, and seriousy supervised and monitored in coordination with the relevant department in the United Nations mission.”

Sistani's call for UN supervision was met with a violent attack from inside Iran, where the Kayhan newspaper launched an attack on the cleric in September 2020 due to his request to the United Nations to supervise the upcoming Iraqi elections.

Hossein Shariatmadari, editor-in-chief of the newspaper, wrote that Sistani's call for the United Nations to supervise the parliamentary elections in Iraq is below his status and position. Shariatmadari also addressed Sistani, saying, “You made a mistake in asking the UN representative. It's okay, but now go back and correct it and say you didn't say that.”

The approaching Iraqi elections scheduled for October 10 coincide with Iran’s escalation in the Kurdistan region of Iraq, where Tehran has increased the pace of its military attacks against the border areas by striking the headquarters of Iranian Kurdish opposition parties and shelling villages in the region, citing the presence of the headquarters of Kurdish opposition parties there.

Observers believe that the Iranian escalation in Iraqi Kurdistan is a message from Tehran that Iran will continue to dominate the political decisions in Iraq, that it is able to impose its policies, that it will not accept any new reality that may be imposed by the ballot boxes in favor of competing national entities in these elections, and that the Iranian role will remain the same.

The recent Iranian escalation in Iraqi Kurdistan comes under the pretext of fighting terrorism and the presence of Kurdish rebel bases in rugged mountainous areas of Iraqi Kurdistan, which observers attributed to Tehran launching these slogans to impose its agendas on the region.