Eric Zemmour: French far-right hopeful ‘having affair’ with his adviser 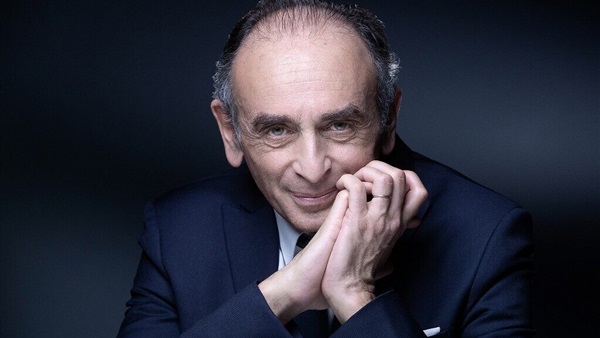 Éric Zemmour, the far-right polemicist with ambitions to be the next French president, was at the centre of a frenzy yesterday over photographs suggesting he is having an affair with his much younger political adviser.

The best-selling author, 63, whose virtual campaign mainly threatens Marine Le Pen, the nationalist leader, was shown on the cover of Paris Match magazine embracing Sarah Knafo, 28, as they bathed in the Mediterranean near Toulon at the weekend.

Zemmour has three children with his wife of 35 years and reacted with outrage, accusing the Macron administration of orchestrating the publication in the news and celebrity weekly to damage his chances in the April presidential elections. “It seems that I am beginning to cause enough worry for Paris Match, the poodle of the governing powers, to try to damage me. I will not be intimidated,” Zemmour tweeted.

Lawyers for Zemmour and Knafo, a senior civil servant on leave to work for him, said their clients were suing Paris Match for breach of France’s strict privacy laws.

The report appeared on the day the polls showed a surge of support for the anti-Muslim, anti-feminist campaigner, mainly at the expense of Le Pen, leader of the far-right National Rally, who was until recently polling just behind President Macron for the first electoral round.

Zemmour says he is tempted to stand for the presidency and is campaigning in all but name.

Opponents of Zemmour claimed, however, that the writer and star commentator on CNews, a right-wing news channel, had staged a false exposé to gain publicity and soften his image as a grim-looking prophet of French doom.

“It is difficult not to think that his celebrity coverage follows a well-oiled publicity logic stemming from a wish by Zemmour to keep up the media noise while at the same time humanising himself,” said Libération, a left-wing newspaper.

Media accounts of extramarital dalliances by French politicians have become common over the past two decades, despite the tradition of privacy. They are usually greeted with amusement.

An exception was the exposé of President Hollande’s affair with Julie Gayet, an actress, in 2014. He drew mockery and disapproval mainly because of the bumbling image that he projected arriving at dawn on a scooter with croissants at his mistress’s house.

Zemmour’s apparent disloyalty to Mylène Chichportich, his wife, a Paris business lawyer, prompted little criticism on social media yesterday, although it would certainly not be approved by the older, Catholic and more traditional wing of his potential vote.

The pictures did stir comments about Zemmour’s notorious view of women as inferior to men. When women marry, they gain a master, he once wrote.

Paris Match, which supports Macron and has always refused to put Le Pen on its front cover, would have been unlikely to have set out to damage Zemmour, insiders said. The group that owns the magazine is in the process of being taken over by Vincent Bolloré, the billionaire owner of CNews, for whom Zemmour is the biggest draw, commentators noted.