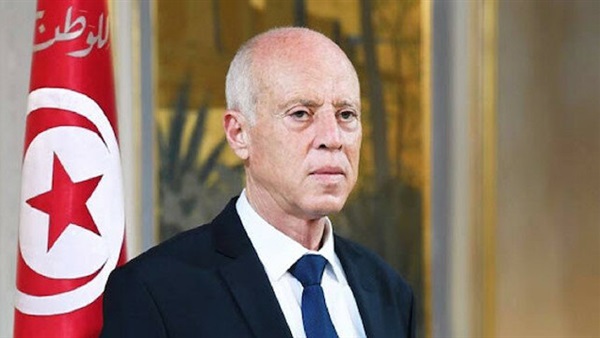 Tunisian President Kais Saied continues the serious steps he took on July 25 when he froze the parliament, which is controlled by the Brotherhood's Ennahda movement and its leader Rached Ghannouchi, dissolved the government and pledged more measures that would re-correct Tunisia’s track.

From the city of Sidi Bouzid, President Saied announced during a speech to a crowd of citizens on Monday evening, September 20, about transitional provisions that have been put in place to administer the country during the current period, pointing out that the exceptional measures in which the country has been living since July 25 will continue and that the head of the new government will come under the transitional provisions.

The president continued, saying that a new election law would be approved, stressing that these measures would save the country from what was called a “democratic transition,” which was originally a “transition from corruption to another,” as he put it.

In his analysis of the president's speech, Tunisian political writer Nizar Jlidi said in a statement to the Reference that the speech carried four important points, the most important of which is that “the country is moving towards transitional provisions and a constitutional declaration, which means stopping the work of the current constitution.”

Jlidi added that Saied also talked about a new election law, considering that the aim is not to repeat what he called the “farce before July 25,” in reference to the political scene in which Ennahda took control of the country.

He praised the Tunisian president's speech about his lack of interest in international pressures of all kinds and ignoring what the Western media is circulating about what is happening in Tunisia in which they describe it as a coup.

Fall of the mulberry leaf

Regarding to the phrase “the fall of the mulberry leaf on the faults of the corrupt” mentioned by Saied in his speech, Jlidi pointed out that the president was referring specifically to Tunisian journalist and MP Safi Saïd, who tried to mobilize the street last Saturday against the president’s decisions, although his attempts failed.

This was not the first time in which the parliamentarian has raised controversy, as he claimed in his statements to IFM radio that President Saied is under imprisonment and the state is managed through the agencies.

According to Jlidi, the Tunisian president blames Saïd for the fact that they belong to the same ideological current, which is the nationalist current, pointing out that he used the phrase “fall of the mulberry leaf” meaning the exposure of something that was unexpected for him.

Jlidi concluded that the country is going to witness a new constitutional declaration or a mini-constitution that will run the country until the current constitution is amended, as well as new elections in line with the people’s wishes.