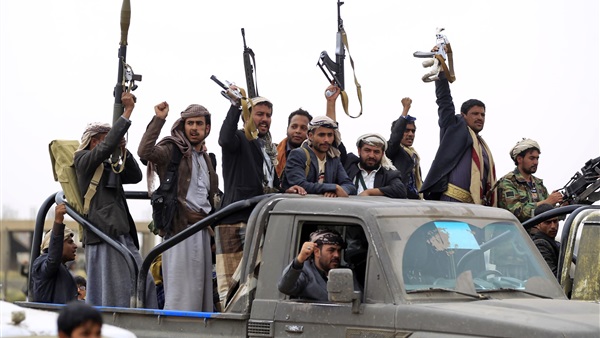 In the context of the ongoing atrocities committed by the Iranian-backed Houthis against the Yemeni people, media reports, quoting local human rights sources, revealed that the militia is preparing to carry out new mass executions in the capital, Sanaa, including 11 citizens who were framed with espionage charges, which were issued through a Houthi-affiliated court with orders to execute the detainees, including two women, and to confiscate their money and evacuate their homes.

This comes days after the horrific executions that took place in the Yemeni capital last Saturday, when nine detainees were shot dead in front of photographers' lenses. Video clips depicting the moments of the execution spread through the media sites.

Yemeni Minister of Information Moammar Al-Eryani announced that the terrorist militia informed the families of the detainees that they have a short period to vacate their homes and confiscate all their land, real estate and money, as well as fine them 3 million Yemeni riyals for each detainee in return for the costs of the case, in implementation of the ruling issued by the court.

In exclusive statements to the Reference, Hamdan al-Ali, a political activist and expert on Yemeni affairs, confirmed that the Houthis were and still are practicing systematic killings, but away from the camera lenses, but what happened recently is that they started a new stage in which they kill in front of the cameras, just like ISIS and al-Qaeda, with the aim of terrorizing Yemeni society, which has reached an advanced stage of rejecting the militia’s practices, its behavior, its deliberate starvation, its spreading the mullahs’ ideology in Yemen, and its targeting the Yemeni identity.

Ali said that these executions will not affect Yemeni society significantly, even though they are dressed in legal clothes, adding that they have no legal justification, as the militia was not elected by anyone and no one gave it the right to execute people in this way.

He continued that the militia does not represent even five percent of the total Yemeni people, but rather represents a small, specific ethnic group.

The Houthis face accusations of thwarting peace efforts through executions, as well as launching a hostile attack with two booby-trapped boats on the Salif port on the Red Sea, at a time when UN Envoy Hans Grundberg is on a regional tour, the first since he began his duties at the beginning of August.

Grundberg began his tour by visiting the Kingdom of Saudi Arabia, which confirmed its support for all his efforts towards peace. However, the Iranian-backed Houthis made hostile statements, confirming that they are not seeking peace.