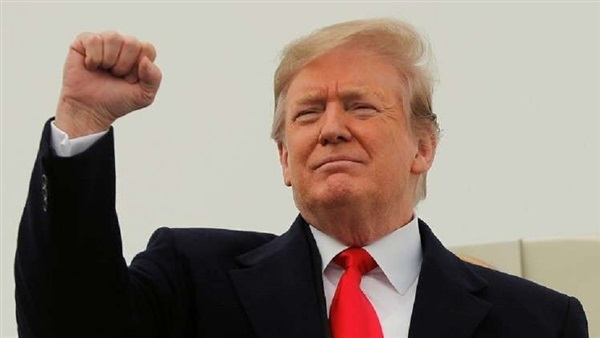 Donald Trump has overtaken President Biden in favourability ratings among American voters only eight months after the transfer of power — a remarkable turnaround that is attributed to crises at home and abroad.

He has a positive rating of 48 per cent compared with Biden’s 46 per cent in a new Harvard-Harris poll, a result that reflects dismay among US voters over the chaotic withdrawal from Afghanistan, surging numbers of coronavirus cases, migrants flocking to the Mexican border and deadlock in Congress, where the Democratic president’s ambitious plans are stuck in the mud.

Biden’s top team also fared badly compared with Trump’s: 55 per cent of respondents said that Mike Pence was a better vice-president than his successor, Kamala Harris, and 63 per cent believed that Mike Pompeo was a better secretary of state than Antony Blinken.

Harris was put in charge of tackling migration but has suffered from chaotic scenes at the border in Texas. Blinken is taking much of the blame for mistakes made in the Afghan pullout when 13 US troops were killed in a bombing at Kabul airport and the nation’s allies complained of being ignored.

A range of other surveys show the same trends, with a poll in the bellwether state of Iowa putting Biden’s approval rating at 31 per cent, down from 43 per cent in June.

Biden held talks with feuding Democrats at the White House yesterday in an effort to reach agreement on his two huge infrastructure bills, which face collapse due to internal party wrangling. Leftwingers are threatening to reject the $1.1 trillion traditional infrastructure deal, which has bipartisan support, unless moderate Democrats get behind the $3.5 trillion bill containing new social spending.

“The mounting issues on all fronts have led to the surprise conclusion that Trump is now seen as being as good a president as Biden, suggesting the honeymoon is being replaced with buyer’s remorse,” Mark Penn, co-director of the Harvard-Harris survey, said. “People see Pence as a better VP by ten points and overwhelmingly see Pompeo as far better than Blinken, who has been out front on Afghanistan.”

Biden dropped to a new low of 43 per cent approval in the monthly Gallup survey yesterday, down 6 points from August and 14 since his inauguration in January. “Among elected presidents since World War Two, only Trump has had a lower job approval rating than Biden does at a similar point in their presidencies,” Gallup said.

The survey identified foreign policy and counterterrorism as particular weak points, suggesting that Afghanistan had been a crucial factor.

Biden met senior Democrats after the House of Representatives voted by 220 to 211 on Tuesday to suspend the $28.4 trillion national debt ceiling and fund the federal government beyond the end of September, when the fiscal year ends. However, Republicans gave notice that they would not vote for this in the evenly divided Senate, where 60 of the 100 votes are needed, arguing that it would give a green light to the expensive “human infrastructure” bill they oppose and which is a key part of the Biden agenda.

A failure to fund federal agencies past the end of the month could trigger the third government shutdown in a decade. A failure to suspend the debt ceiling by mid-October brings the risk of a historic default that could shake financial markets and trigger a recession.

This impasse over the infrastructure bill has been complicated by a row between Democratic factions on what should be in it, with two moderate senators refusing to accept the $3.5 trillion price tag. Party leaders set a deadline of Monday for agreement on the bill and a vote in the House on the traditional roads-and-bridges package that has already passed the Senate. Now leftwingers in the House are threatening to vote against the smaller bill unless moderates agree to their plans for the $3.5 trillion package, which includes universal childcare, two years’ free community college, and paid illness, maternity and bereavement leave for employees.

In another setback for Biden, efforts to pass a police reform bill following the murder of George Floyd were abandoned yesterday after Democrats and Republicans in the Senate failed to agree on a compromise.

Biden, who pledged to make police reform a priority of his presidency, said he still hoped to sign a “comprehensive and meaningful” bill in Floyd’s name. He added: “Regrettably, Senate Republicans rejected enacting modest reforms, which even the previous president had supported.”

Trump egged on the congressional Republicans yesterday, saying: “The only powerful tool that Republicans have to negotiate with is the debt ceiling, and they would be both foolish and unpatriotic not to use it now. What the Democrats are proposing, on so many different levels, will destroy our country.”

Yet there are splits within the Republican Party too, with Trump squaring up against George W Bush over the fate of Liz Cheney, the congresswoman who voted to impeach him. Bush has made veiled references to Trump as “a malign force . . . at work in our common life”. Trump has hit back, saying Bush “led a failed and uninspiring presidency. He shouldn’t be lecturing anybody.”