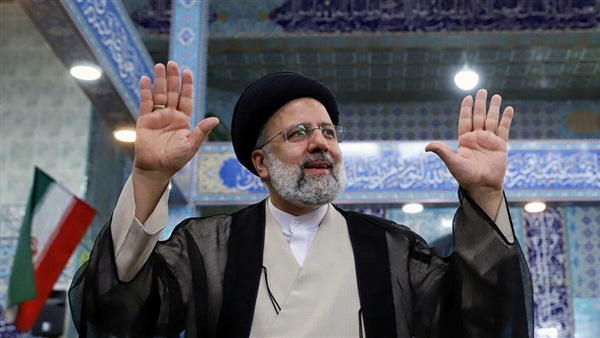 Iran’s new hard-line new president delivered one the most forceful and angry denunciations of the United States at the General Assembly on Tuesday, showing little sign of flexibility on talks over the threatened nuclear agreement and describing American power in the world as both evil and irrelevant.

“Today, the world doesn’t care about ‘America First’ or ‘America is Back,’ the Iranian president, Ebrahim Raisi, said in the prerecorded address, referring to the slogans of isolationism promoted by President Donald J. Trump and the international engagement espoused by President Biden.

It was Mr. Raisi’s first speech to the world body, and he almost immediately plunged into a narrative that cast the United States as a scourge that had unsuccessfully sought to use economic sanctions to pressure its foes.

“Sanctions are the U.S.’s new way of war with the nations of the world,” he said.

Mr. Raisi, who is on an American sanctions blacklist himself, said nothing about stalled negotiations aimed at rescuing the 2015 nuclear accord with big powers, which Mr. Trump renounced in 2018 and Mr. Biden has sought to restore. Iranian officials have said that all nuclear-related sanctions reimposed and expanded under Mr. Trump must be terminated before Iran resumes adhering to the accord.

At the same time, Mr. Raisi did not appear to rule out a solution to the impasse.

“While decisively defending all its rights and the interests of its people, Iran is keen to have large-scale political and economic cooperation and convergence with the rest of the world,” he said. “I seek effective interaction with all the countries of the world, especially with our neighbors, and shake their hands warmly.”

In several portions of his speech, when talking about U.S. sanctions on Iran, Mr. Raisi raised his voice and practically shouted, a contrast to his predecessor, President Hassan Rouhani, who sought in his U.N. speeches to appear more moderate and accommodating.

Mr. Raisi also criticized American policies on Afghanistan, Iraq and Syria. He said the two lasting images of the past year were the Capitol riots of Jan. 6 and Afghans falling to their death after clinging to U.S. military jets evacuating Kabul.

The Iranian leader was speaking against a backdrop of expectations of back-room diplomacy at the General Assembly on ways to salvage his country’s endangered nuclear agreement with big powers.

His foreign minister, Hossein Amir Abdollahian, is attending the General Assembly and has indicated a willingness to discuss rescuing the deal, which could provide Iran with enormous economic relief.

A foreign ministry spokesman said on Tuesday that talks in Vienna aimed at reviving the accord would resume in the next few weeks, after being suspended for months.

The agreement was intended to end many sanctions on Iran in return for verifiable pledges to severely curtail its supply of enriched uranium, which can fuel nuclear bombs. After Mr. Trump withdrew the United States from the deal, Iran responded by gradually reneging on its pledges.

The Biden administration has supported restoring the accord, but Mr. Raisi, who took office in August, is expected to want new concessions. The other countries that are part of the agreement — Britain, China, France, Germany and Russia — have all said they want to salvage it.