U.N. Gets $1 Billion for Afghan Relief as Taliban Promise Access for Aid Workers 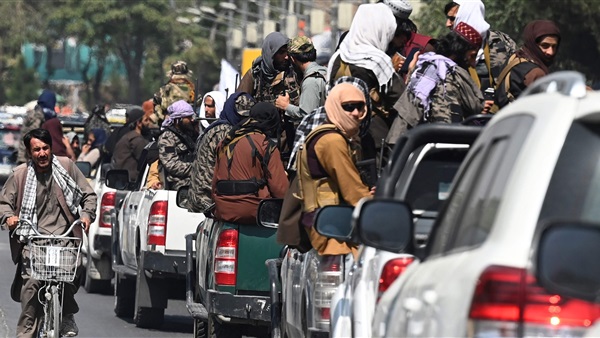 The United Nations said Monday that it obtained $1 billion in pledges of fresh funds to stave off a humanitarian crisis in Afghanistan, after receiving a written assurance by the Taliban authorities that they would allow aid workers to operate freely across the country.

The U.N. was appealing for $600 million to provide relief to 11 million Afghans, including food distribution, healthcare and shelter, for the next four months. The U.S. and its allies say they are willing to provide aid, but not through the new Taliban government, which no country has recognized yet.

The letter from the Taliban included a plea for international aid, Martin Griffiths, the U.N.’s emergency-relief coordinator, told a fundraising conference held Monday in Geneva. The Taliban, which deposed the Afghan republic on Aug. 15 and reinstated an Islamic Emirate, pledged that they would remove impediments to humanitarian work, he said.

“We are committed to all rights of women, rights of minorities and principles of freedom of expression in the light of religion and culture, therefore we once again reiterate our commitment and will gradually take concrete steps with the help of the international community,” the letter said, according to Mr. Griffiths.

The Taliban haven’t spelled out what these rights are under their ultraconservative vision of Islam.

António Guterres, the secretary-general of the U.N., told a press conference afterward that the letter had encouraging statements, including allowing women to work and girls of all ages to have an education.

“We will now have to see what happens on the ground,” he said. “We are of course very much concerned in making sure that humanitarian assistance is an entry point for an effective engagement with the Taliban in all other aspects of concern to the international community.”

Mr. Guterres also said that the Taliban had agreed to provide security to U.N. convoys in insecure areas and to safeguard the organization’s offices.

Humanitarian agencies told the meeting that delivery of relief to women in Afghanistan, with its conservative culture, required female aid workers to access women in need.

When the group was last in power in Kabul, between 1996 and 2001, it didn’t allow women to work or girls to attend school. This time, girls’ primary and middle schools have resumed, and women are allowed to return to some jobs and to attend gender-segregated classes in private universities. The academic year in high schools and state universities has yet to restart.

There were no women, or members of the Hazara religious and ethnic minority, in the new Taliban government announced last week. There were also several reports from Afghanistan’s provinces of Taliban fighters demanding that women not leave home without a male guardian, something that runs against announced Taliban policy.

“Words are not good enough. We must see action,” Linda Thomas-Greenfield, the U.S. ambassador to the U.N., told Monday’s meeting. “The international community is unified in this message—humanitarian-aid agencies cannot do their job if the Taliban does not uphold those core commitments and humanitarian principles.”

The U.S. on Monday announced $64 million in additional aid, saying that the ability for both female and male workers to operate freely is critical for the assistance to be effective.

More than 70% of the revenues of the deposed Afghan government came from international aid, which has now been almost completely eliminated.

Tedros Ghebreyesus, director general of the World Health Organization, said the backbone of Afghanistan’s health system was an international aid program that funded over 2,300 hospitals and clinics. More than 90% of those facilities could now have to shut their doors, he warned.

The initiative was financed through the World Bank, which has frozen its funding to the country. Afghanistan’s progress in maternal and child mortality, the distribution of Covid-19 vaccines, and the fight against polio, were now all threatened, he said.

Half the people in Afghanistan needed humanitarian assistance before the Taliban takeover. The aid cut has been compounded by an economic implosion that came with the Taliban takeover, drought, the approaching harsh Afghan winter, and the Covid-19 pandemic.

U.N. agencies are working on creating a structure to channel aid without using the government apparatus. The salaries of doctors, nurses, teachers and civil servants were all paid through international funds.