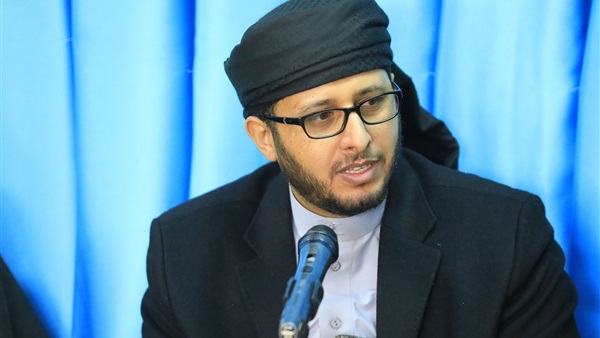 While returning in disguise from Iran through the land port in the Shahn area of Yemen’s Al-Mahra province on September 4, the Yemeni authorities arrested Houthi leader Hassan Ali al-Emad, one of the most prominent references of Iranian sectarian thought in Yemen and known as “Sanaa’s Khomeini,” while trying to enter the capital, which is under the control of the Houthi militia.

Hassan Ali Yahya al-Emad is considered one of the Iranian regime's most prominent men in Yemen and the most dangerous of the Houthi leaders who contributed greatly to the militia's control of the capital and a number of Yemeni provinces. Over the past years, he has strived hard to fulfill the mullahs' dream of making Yemen an Iranian province.

Yahya al-Emad contributed to the formation of his son’s extremist ideology, as Hassan received religious education in the schools and seminaries of Qom, where he was prepared with his four brothers to spread Iranian Shiism in Yemen. His brother, Ali al-Emad, holds the position of head of the Houthi’s Central Organization for Control and Accountability.

Hassan began his journey with the Houthis to implement the mullahs’ project in 2006, as he was responsible for financing and supervising a Houthi cell that planned to assassinate late Yemeni President Ali Abdullah Saleh.

In 2011, he returned to live in Yemen again in order to facilitate his mission, and from 2011 to 2015, the Houthi leader was moving between Yemen and Iran, until he left Yemeni lands again in 2016 after Operation Decisive Storm was declared, returning to Iran.

However, according to many sources, Emad was heading to Yemen in disguise in order to provide support to the Houthis, and on August 25, he went to Yemen through the Al-Mazyona port in the Sultanate of Oman, opposite the Shahn port on the Yemeni side.

Hassan al-Emad is called by various names in the Yemeni media, including “the godfather of the mullahs” and “Sanaa’s Khomeini”. He has always been appreciated by the leaders of the Iranian Revolutionary Guard Corps (IRGC) due to his continuous propaganda for the Iranian regime and the services he provided to Tehran in Yemen. He was therefore honored in 2020 by IRGC commander Hossein Salami.