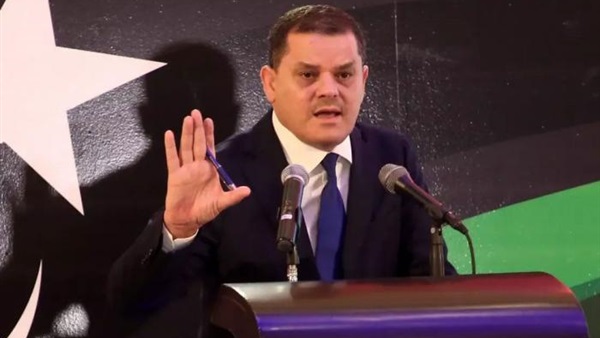 The Libyan parliament held a session on Wednesday, September 8 to question the government of Prime Minister Abdul Hamid Dabaiba and then suspended its sessions until next Monday to discuss and study what was stated in the government’s answers and responses to the accusations leveled at it by the representatives.

Meanwhile, Dabaiba repudiated the deal that took place during the previous Government of National Accord (GNA) regarding oil and the acquisition of Libyan oil by certain companies, stressing that the current Government of National Unity (GNU) is working to coordinate these operations and guarantee the rights of the Libyan state in any deal in accordance with the law.

Libyan Parliament Speaker Aguila Saleh criticized the government’s continuation of what is known as “centralization of power,” calling on Dabaiba to define the competencies of ministers and government officials and submit them in writing in their capacity to the House of Representatives so that they can be held accountable.

Abdullah Blehaq, the spokesman for the Libyan House of Representatives, confirmed that the House suspended its session until next Monday, September 13, in order to discuss and study what was stated in the GNU’s answers and responses.

The parliament session, which was held in the city of Tobruk to discuss the withdrawal of confidence from Dabaiba’s government, witnessed several differences that could threaten the political process that was seen as the best opportunity to achieve peace in years. Prior to the session, Dabaiba addressed a letter to Parliament Speaker Saleh asking him to clarify issues related to accountability and interrogation points clearly and accurately, so that the government’s responses could be processed, calling on the parliament to postpone the session.

According to a statement issued by Blehaq, he attributed postponing the questioning of the Libyan government to withdraw confidence from it so as to seek clarification of the interrogation points mentioned in the memorandum of the members of the House of Representatives so that the government prepares responses and clarifications on that.

Regarding the government’s willingness to cooperate with the parliament, Dabaiba affirmed his readiness to cooperate in various files, respecting accountability, and committing to transparency in all government spending, as he explained that the Central Bank of Libya transferred 79 billion dinars to the government’s account at a ratio of 1/12 of the proposed draft budget, as stipulated by law.

On the other hand, Dabaiba absolved of responsibility the French company Total’s acquisition of the 6% stake of the American company Hess Amerada in the Waha concession, which amounts to 6% of the company.

Upon receiving many criticisms from the representatives in the session regarding that deal, Dabaiba replied, “We have nothing to do with the deal,” pointing out that it took place in 2018 during the GNA government led by former Prime Minister Fayez al-Sarraj.

“Some foreign companies operating in the Libyan oil sector are selling their shares to other companies, but the government is working to coordinate these operations and ensure the rights of the Libyan state in any transaction in accordance with the law,” Dabaiba added.