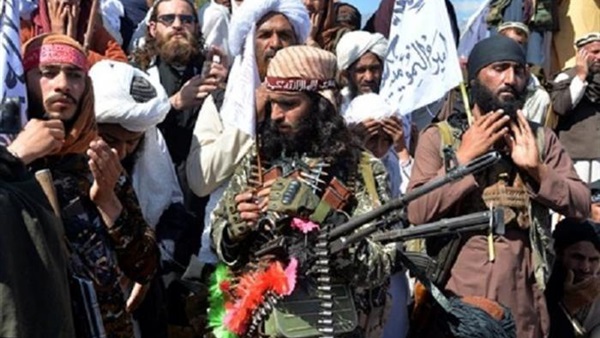 Afghan soldiers trained by the British and Americans are believed to have switched sides to fight with the Taliban, according to sources in the UK military.

British officers have analysed photographs of the Taliban that have emerged in recent days, including in the final battle for Panjshir.

A British military source identified a “straight finger” over the trigger guard while holding a gun as an indicator that they had received western training.

The source said: “This is the safety training we have.” He said that if they displayed such techniques, then we “know it’s our guys”. They are distinct from traditional members of the Taliban who hold their AK47s “randomly”.

There is no official confirmation that Afghan forces trained by the British have switched sides.

However, it is believed that former Afghan soldiers may have been left with little choice but to take up arms and fight alongside the Taliban after Nato countries withdrew from the country last month — or face being imprisoned or killed.

The military source said: “Everyone just flips sides. You flip sides so you know you won’t get done in.”

They said that the belief UK-trained fighters were among the Taliban was part of the reason “they’re not killing loads of people” in the Panjshir valley.

“They are not the same hillbillies from the 1990s,” they added, pointing out that they were more westernised than before and had smartphones.

Panjshir, a rugged mountain valley home to between 150,000 and 200,000 people, was the last remaining enclave of resistance against Taliban rule.

The National Resistance Front of Afghanistan (NRFA), led by Ahmad Massoud, was drawn from remnants of the regular Afghan army and militia. The Taliban claimed on Monday that it had captured the last province not in their control after thousands of their fighters overran villages.

A former military source who has also examined recent photographs said: “The new Taliban 2.0, as they are being called, is using the finger discipline. An untrained force would normally hold the weapon randomly, but if your hand is behind the pistol grip and your finger is over the trigger guard, then you’re not going to have a negligent discharge and no one else is going to fire it either.”

A defence source disputed the claim and said that it was believed any “competent” force would be trained to handle their weapons in such a way.

A Ministry of Defence spokesman said: “We have no evidence to support reports that western-trained former Afghan Security Forces have joined the Taliban.”

Zabihullah Mujahid, the Taliban’s spokesman, has said that “former forces that were trained and are professionals should be recruited” into the new regime. He said that it would be done through “a procedure” but did not elaborate on what that would involve.

Trevor Coult, a British veteran who was awarded the Military Cross for his bravery in Iraq, said that he was “absolutely shocked” by the withdrawal and described the 20-year conflict as a “total waste”.

Of President Biden’s decision, he told the Washington Examiner: “He destroyed 20 years’ work in less than 24 hours.”

Barbara Kelemen, an intelligence analyst at Dragonfly, a specialist security intelligence firm, said that it had assessed that there was “reasonable probability” some Afghan soldiers had joined the Taliban.

She said: “Among reasons that would prompt some soldiers to join the Taliban are their previous ties to the group, economic incentives and even personal or familial safety if they perceived defeat for government forces was likely.”