September 11: The Reference reviews what happened 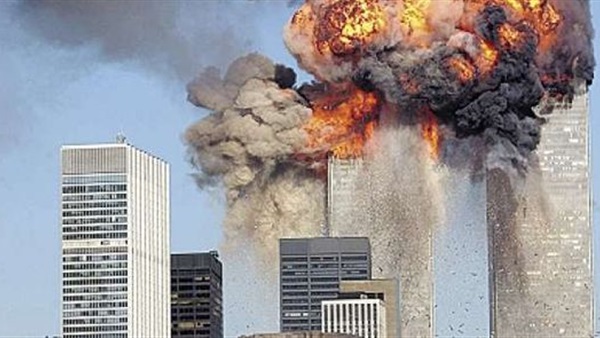 On the morning of September 11, 2001, the United States woke up to a catastrophe, as passenger planes crashed into two skyscrapers in New York City, killing thousands of people and injuring thousands more.

The Reference reviews the details of the attack that completely changed the shape of American foreign policy, as this attack was one of the most terrifying events of the 21st century - not only for the United States, but for the whole world.

Four planes flying in the eastern region of the United States fell under the control of small terrorist groups, who then used the planes themselves as guided missiles to strike prominent buildings in the Washington, the political capital of the United States, and New York, the economic capital.

The Twin Towers of the World Trade Center in New York were hit by two planes within less than 20 minutes. The first plane hit the North Tower at 8:46 AM, and the second plane hit the South Tower at 9:03 AM.

The collision left the entire buildings on fire, especially on the upper floors, and within two hours, the two 110-storey towers collapsed and the city sank in a huge cloud of dust and fumes.

About half an hour after the second collision, specifically at 9:37 AM, the third plane destroyed the western facade of the Pentagon, located just outside Washington, DC.

The fourth plane crashed in a Pennsylvania field at 10:03 AM after passengers resisted the hijackers and took control of the plane. According to US documents, it is believed that the hijackers intended to use the plane to attack the US Capitol in Washington.

New York City had the lion's share of the number of victims. The youngest victim was Christine Hanson, who was only two years old, and she died with her parents on one of the planes. The oldest victim was Robert Norton, who was 82 years old and on another plane with his wife Jacqueline.

The attack, which claimed the lives of thousands of people from 77 different nationalities, included the loss of 441 members of the rescue, ambulance and firefighting crews who rushed to the sites of the attacks in New York.

The attack, which terrified the entire world, was planned by al-Qaeda, which was then led by the terrorist Osama bin Laden, using Afghanistan as a launching point for attacks on the United States. Al-Qaeda claimed at the time that its motives for the attack were that America and its allies were responsible for the crises the Islamic world was experiencing.

Khalid Sheikh Mohammed was considered the mastermind of the September 11 attacks, as he trained 19 people to carry out the hijacking operations and split them into four groups to hijack four American passenger planes. In addition, each group included one person who received training to pilot aircraft in American flight schools.

The US response to the al-Qaeda attacks took less than one month, when then-President George W. Bush led the invasion of Afghanistan with the support of an international coalition to eliminate al-Qaeda first and arrest Osama bin Laden and Khalid Sheikh Mohammed second.