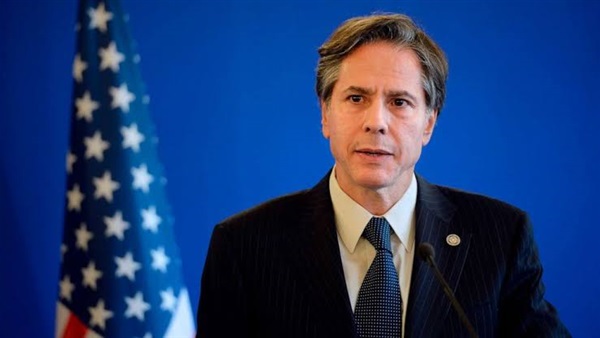 Secretary of State Antony Blinken is expected to head to the Qatari capital of Doha on Sunday to thank the country’s leaders for their assistance with the Afghanistan evacuation efforts and to meet with Afghan evacuees and U.S. officials.

The small Persian Gulf nation played an outsize role in extricating thousands of Western citizens and Afghan allies following the rapid Taliban advance. Qatar has also played a key role in acting as an intermediary between the Taliban and Western governments. A special Qatari envoy recently visited Kabul for talks on “an inclusive government and the resumption of operations at the airport,” according to a Qatari official with knowledge of the situation.

Blinken said Friday that he would also visit the United States’ Ramstein Air Base in Germany, where many Afghan evacuees are staying as they await flights to the United States. The secretary of state said he would meet with his German counterpart and hold a virtual ministerial meeting with more than 20 nations “that all have a stake in helping to relocate and resettle Afghans and in holding the Taliban to their commitments.”

Here’s what to know

The powerful head of Pakistan’s main intelligence agency, Faiz Hameed, traveled Saturday to Kabul at the invitation of the Taliban leadership to discuss security and trade, Pakistani officials with knowledge of the matter said.

The Taliban broke up a protest of women outside the presidential palace in Kabul on Saturday. The protest followed similar demonstrations in Herat and Kabul on Thursday and Friday.

A spokesman for U.N. Secretary General António Guterres said he will host a high-level meeting in Geneva on Sept. 13, aimed at preventing a “looming humanitarian catastrophe” in Afghanistan.

About 90 percent of Afghans live below the poverty line, and the Taliban takeover could worsen the situation as some foreign aid is frozen and the Kabul airport remains closed to most international traffic. On Saturday, Ariana Afghan Airlines announced it had restarted domestic flights between Kabul and three other cities. A Qatari foreign ministry official said in a statement that the country is working to get humanitarian aid into Kabul “and other Afghan airports.” He added that Qatari technicians are on the ground to assist with the efforts.

Remittances from abroad have been a significant source of funds flowing into the country, but service disruptions and a shortage of cash have posed a challenge in recent days. On Saturday, a Taliban spokesman said in a statement that one of Afghanistan’s biggest foreign exchange markets had reopened.

Trade is expected to be among the key topics during the Kabul visit of Pakistan’s main intelligence agency head, Faiz Hameed, according to Pakistani officials with knowledge of the matter. Pakistan’s Inter-Services Intelligence, or ISI, is widely seen as having been instrumental to the Taliban’s survival and battlefield success. Pakistan has long denied that it maintains covert ties with the group.

Hameed was conspicuous as he landed Saturday. A lieutenant general, he appeared in a dark blazer at the upscale Serena Hotel and spoke briefly to journalists while holding a beverage, according to tweets from reporters at the scene.

Pakistani officials said Hameed would carry a message that Pakistan “has helped Afghanistan in the past and will do so in the future.” Pakistan has long sought to exert its influence over Afghanistan, which is seen as a battleground in Pakistan and India’s competition for regional influence.

Pakistani officials are seeking to pressure the Taliban to break ties with militants seeking to attack Pakistan. They include Tehrik-e-Taliban Pakistan, a Pashtun militant group that has vowed to carve out an Islamic nation from Pakistani territory along the Afghan border.

The Taliban has publicly vowed to allow broader roles for women than it did in the past, but many Afghans remain skeptical. A group of female activists gathered around the presidential palace in Kabul on Saturday to protest Taliban views on women.

One of the women who helped organize the protest, 31-year-old Finance Ministry employee Monisa Mubarez, said she was told by the Taliban that she cannot return to work.

“Staying home was a slow-motion death,” she said. “For over three weeks now, we are home. We are not allowed to be part of the formal structure of the government.”

Enraged by these restrictions, she and her friends marched in Kabul, carrying placards and banners and playing a pro-women song on a loudspeaker. Then, Mubarez said, “Taliban fighters encircled us.”

“They were as many as twice of our group,” she said. “For each of us, there was one Taliban fighter.”

A dozen members of the Taliban special forces in camouflage ran into the crowd of women and fired their weapons in the air, the Associated Press reported.

Video footage circulating on social media showed Taliban fighters beating the women. Mubarez said that the Taliban banned them and their accompanying reporters from taking videos and photos, and that one woman had injuries on her head. She said the Taliban also used tear gas to disrupt the protest.

“They do not accept us as human beings,” Mubarez said. “These efforts either will cost my life, or we all will have a dignified life.”