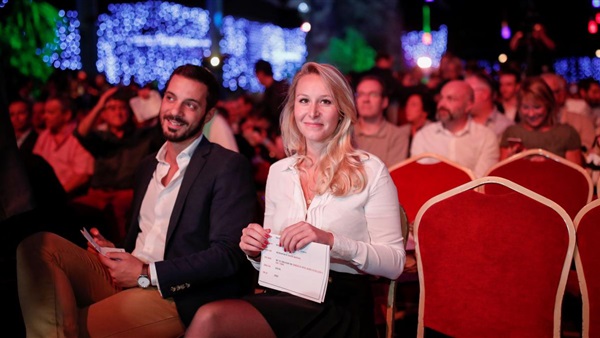 On Europe’s far right, the social event of the summer is pencilled in for next Saturday when Marion Maréchal, the niece of Marine Le Pen, will marry Vincenzo Sofo, an MEP from the hardline Brothers of Italy party.

They have been together since 2016 when Sofo, 34, is said to have gatecrashed a meeting between Maréchal, 31, and Matteo Salvini, leader of the anti-migrant League party, arriving on a motorbike with the unlikely claim that he “happened to be passing by”.

A few months later paparazzi snapped the couple on a beach together, drawing headlines about far-right glamour and romance. But they share more than youth and good looks.

Maréchal and Sofo both like to see themselves as driving forces of far-right intellectualism, and the defenders of traditional Christian, European, family values threatened by multiculturalism, left-wing thought and immigration, notably from Muslim countries.

Both have dragged nationalists into the battle of ideas; Maréchal through the launch of a political studies institute in Lyons, and Sofo through the creation of a think tank with the provocative name of Il Talebano (The Taleban), dedicated to “fighting the economic and social progress of the past 20 years, which has led to the disintegration of peoples and the death of the community and social spirit”.

But if the wedding, in the Paris region, will seal a trans-Alpine love-affair along with an ideological alliance, it will also expose personal and political rifts within the dynasty that dominates the National Rally, headed by Maréchal’s aunt. Le Pen, 53, will not attend the ceremony, having chosen to hold a meeting on the French Riviera next Saturday, when she will temporarily hand over leadership of the party to its vice-chairman, allowing her to concentrate on campaigning for next year’s presidential election, in which she hopes to succeed Emmanuel Macron as head of state.

A friend of Maréchal’s said that Le Pen’s absence “suits everyone”, since the two have deep disagreements over policy and tactics, which are fuelled by speculation that the younger woman is aiming to replace Le Pen as party leader. Maréchal became France’s youngest MP on record when she was elected in 2012 at the age of 22.

Five years later she announced her temporary retirement from politics to spend more time with Olympe, her daughter, born in 2014, but she has never entirely left the political stage.

Instead she has backed the growing body of far-right activists who admire Le Pen’s tough stance on immigration, Islam and crime but believe she lacks the stature to become president. There are reports that Maréchal is privately backing Éric Zemmour, the far-right polemicist and television commentator who seems likely to run for the presidency too.