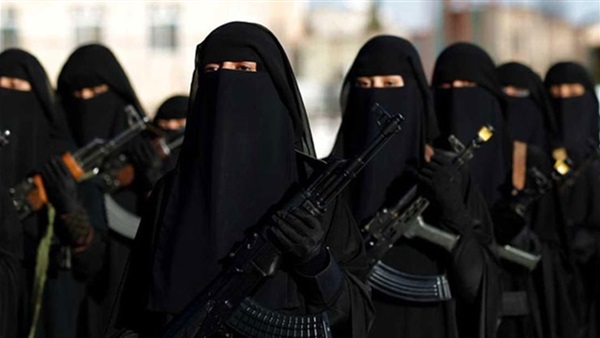 The Iranian regime relies on many tools to implement its policies, silence opponents and influence the centers of power against the mullahs' regime.

Among these tools is the use and recruitment of women under many names.

This was uncovered by many facts, whether with opponents at home or abroad, or even officials who possess information the Iranian regime fears.

The Iraq-Iran war was the longest in the 20th century.

This war lasted for 2,888 days, leading to the death of thousands of Iranian soldiers who left thousands of widows behind.

This gave rise to another story.

Despite the tragedy experienced by thousands of wives after losing their husbands in this bloody war, Iran's ayatollahs, led by Grand Ayatollah Khomeini, decided to exploit this tragedy by exploiting these widows.

They asked the widows to carry out political missions, sometimes functioning as dirty weapons against the opponents of the Iranian regime.

Nonetheless, it is important to note that not all the widows of the Iranian soldiers who were killed during the war with Iraq were used in this manner.

The Iranian intelligence probably had conditions for the recruitment of the widows of the soldiers.

Abdullah Nasseri, an Iranian leader who belongs to the reformist movement in Iran caused uproar recently when he made comments about the intelligence services' exploitation of widows following the war in the 1980s.

His remarks shocked the Iranian regime itself, given the type of information he revealed.

Nasseri confirmed that the Iranian intelligence at that time exploited the widows of war to end the political career of many opponents and reformists.

He noted that these women played a prominent role in this regard.