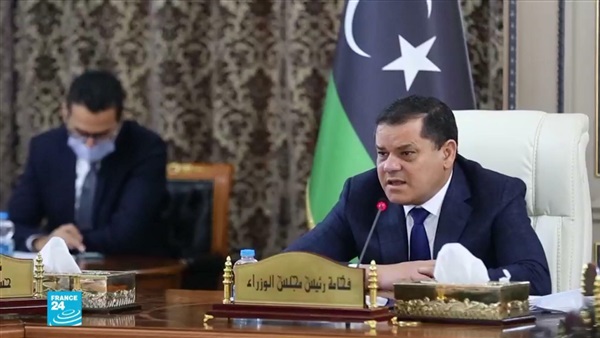 The government of Abdul Hamid Dbeibeh faces a large number of challenges, five months after it assumed its role.

The challenges intensify as Libyans prepare to go to the polls in December of this year.

The Dbeibeh government is also coming under fire with some people accusing it of wasting public funds and failing to honor its pledges and obligations to improve services.

The Libyan parliament summoned Prime Minister Dbeibeh for an interrogation session that will be held in Tobruk in late August.

In a related context, the Political Parties Affairs Committee approved eight parties out of a total of 13 that had submitted requests for licensing.

The approval of the new parties comes as Libya prepares to hold its parliamentary elections before the end of this year.

Around 11 MPs have called for withdrawing confidence from the Dbeibeh government against the background of its failure to address the problems of the Libyans.

The same MPs are accusing the government of wasting public funds and failing in honoring its pledges to the Libyan people.

The government, they said, had overstepped its mandate by interfering in the affairs of the military.

The MPs said the government also spent billions of dollars, even without causing any slight improvement in the living conditions of the Libyans or improving the services it offers the members of the public.

Parliamentary Spokesman, Abdullah Blihaq, said the prime minister was summoned for an interrogation session this month at the request of the aforementioned 11 MPs and pursuant to articles no. 188 and 192 of Law 4/2014.