Iran obstinate in nuclear negotiations, world does not trust it 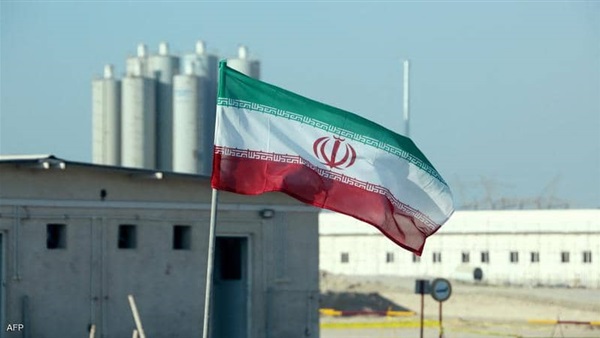 The nuclear agreement is going through a dangerous stage due to Tehran's intransigence in dealing with the countries of the 5+1 group, which includes the United States, Britain, France, Germany, Russia and China.

Revival of the agreement

Politico magazine indicated that US Special Envoy for Iran Robert Malley does not trust the possibility of reviving the nuclear agreement signed between Iran and major powers in 2015.

According to the American magazine, Malley said that the agreement was “just a big question mark” and that “joining a multinational agreement is not something we can fully control...there is justification for a question mark, because the lack of a deal so far means that the talks will continue in conjunction with Iran's progress in the nuclear program.”

Malley pointed out that if Tehran achieves nuclear progress, continues its provocative steps regarding the nuclear program, and “its regional provocations... which are heading in another path, this means moving away from reaching an agreement.”

The US envoy considered that it is natural that “a return to the deal is on the table,” revealing that his country has alternative options in the event the agreement is not revived, including signing a new agreement separate from the old agreement that expires by 2030. Otherwise, new sanctions will be imposed on Iran in coordination with the Europeans.

The statement expressed the European countries' growing concern about Tehran's nuclear activities after suspending the Vienna negotiations at its request two months ago, accusing Tehran of not committing to a date to complete the negotiations.

“We note with great concern recent reports issued by the International Atomic Energy Agency confirming that Iran has produced 20% enriched uranium metal for the first time and has greatly increased its production capacity of 60% enriched uranium,” the statement continued.

The statement stressed that these two steps are essential in developing a nuclear weapon, and Iran has no credible civilian need for either measure.

The IAEA recently issued a report stating that Tehran is enriching uranium to a highly dangerous degree, while Iranian Foreign Ministry spokesman Saeed Khatibzadeh reiterated his assurances that the country’s nuclear program is peaceful and has no military objectives, adding that “the nuclear agreement preserves us the right to reduce our nuclear commitments.”

Khatibzadeh added in a statement that if all parties return to their commitments in the agreement and Washington lifts the unilateral sanctions completely, practicably and verifiably, Iran will immediately retract from reducing its nuclear commitments.

Iran had asked to suspend the Vienna negotiations until its new president, Ebrahim Raisi, took over power, which happened at the beginning of August. Despite that, the date for resuming the negotiations has not yet been agreed upon.