We will get you home.’ Biden vows to rescue Americans despite mayhem in Kabul. 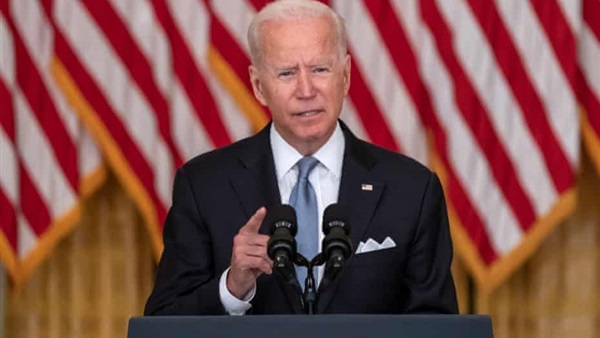 President Biden promised on Friday to bring home any American still trapped in Afghanistan, calling the evacuation effort for Americans and vulnerable Afghans “one of the largest, most difficult airlifts in history.”

But he acknowledged that he did not know how many Americans were still in the country, or if they could ultimately be brought out safely.

“Let me be clear: Any American who wants to come home, we will get you home,” Mr. Biden said, before adding, “I cannot promise what the final outcome will be, or that it will be without the risk of loss.”

In the days since Afghanistan’s government and security forces crumbled into the hands of the Taliban, the Biden administration has faced growing pressure to remove Americans and the thousands of Afghans who assisted in the two-decade war effort. Mr. Biden’s advisers have resorted to relying on communication with the Taliban to secure safe passage to the airport in Kabul, the Afghan capital, an accord they have conceded is flimsy at best.

Though he ultimately gave few concrete answers, Mr. Biden’s remarks were meant to restore a sense of calm to a situation that had caused an international outcry.

Mr. Biden said he was moved by “heartbreaking” scenes of desperation at the Kabul airport, the country’s bottlenecked and sole point of departure for the evacuation effort, but he ultimately remained committed to his decision to pull U.S. troops from the country.

“Does anybody truly believe that I would not have had to put in significantly more American forces?” Mr. Biden asked reporters at one point. “Send your sons, your daughters, like my son was sent to Iraq, to maybe die?”

Seeking to give a sense of how many people had been flown out of the country in the days since Afghanistan’s collapse, Mr. Biden said some 18,000 people had been airlifted since July. This week, he said, Afghans, including women leaders, and American journalists — including staff members of The New York Times, The Washington Post and The Wall Street Journal — had all been safely removed from the country.

Mr. Biden said that he would commit to airlifting Afghans who had been helpful to the 20-year war effort, but that Americans were his first priority.

On Friday, Mr. Biden, who had been back and forth from vacation spots at Camp David and Wilmington, Del., took questions for the first time since Afghanistan fell. He was asked about the international response to the U.S. withdrawal and how much military and intelligence officials knew ahead of time about the tenuous situation on the ground. He said he had not been criticized by an American ally for the withdrawal effort, but officials in Germany and Britain have publicly expressed alarm about how it was conducted.

“What interest do we have in Afghanistan at this point, with Al Qaeda gone?” Mr. Biden asked in response to a question about whether American allies had been critical of the withdrawal effort. “We went and did the mission. You’ve known my position for a long, long time.”

Mr. Biden’s claim that Al Qaeda has left the country conflicts with a report from the United Nations in June, which estimated that the terrorist group still had a presence in at least 15 provinces, while the Defense Department’s inspector general said in a report released on Wednesday that the Taliban continued to provide “safe haven” for Al Qaeda in Afghanistan.

Scenes of chaos at the airport, which included a young infant being hoisted over a razor wire fence into the arms of American soldiers, have added to the scrutiny over Mr. Biden’s defense of his decision to pull troops out. Mr. Biden said the United States had “6,000 of America’s finest fighting men and women” working to restore order at the airport and get people out of the country.

Since 2002, the United States has employed Afghans to assist its troops, diplomats and aid workers. Many of those people were threatened, attacked or forced to flee their homes as a result of their work, prompting Congress in 2009 to establish a visa program specifically for those who had helped the U.S. government, as well as their immediate relatives.

The program is separate from the process typically used by those fleeing persecution or torture. About 18,000 people are in the process of applying for the visas, and those applicants have at least 53,000 relatives who would be eligible to join them. Despite a congressional mandate that the United States process the visas in nine months, thousands have faced long delays for vetting.

Responding to a question about why he had not authorized the military to expand the perimeter around the airport so more people could gain access to flights out, Mr. Biden said he did not want to open the floodgates, adding that “there will be judgments made on the ground by the military commanders and I cannot second-guess those judgments.” The military cannot expand the perimeter without authorization from the president.

The administration has sought in recent days to show that it has significantly ramped up the evacuation effort: On Friday, administration officials said 13,000 people had been evacuated on American military aircraft since Saturday, with 5,700 of those evacuations occurring since Thursday.

Mr. Biden said his administration had entered into an agreement with the Taliban to ensure that Americans and Afghans could get past Taliban-controlled checkpoints on the way to Kabul, a claim that conflicted with reports of panic and congestion on the ground.

By Friday afternoon, administration officials said the surge of evacuees to other countries had created a backup for “third-party countries” processing new arrivals.

The commander on the ground had ordered flights to restart, a senior administration official said in a statement on Friday.

Mr. Biden’s advisers have conceded that, for Americans and Afghans hoping to reach Kabul from cities and towns further afield, safe passage is not guaranteed. American officials have not publicly said how long they hope the fragile accord will hold ahead of Mr. Biden’s Aug. 31 deadline for a total withdrawal.

“We right now have established contact with the Taliban to allow for the safe passage of people to the airport and that is working at the moment to get Americans and Afghans at risk to the airport,” Jake Sullivan, Mr. Biden’s national security adviser, said in an interview with NBC’s Lester Holt on Thursday. “That being said, we can’t count on anything.”