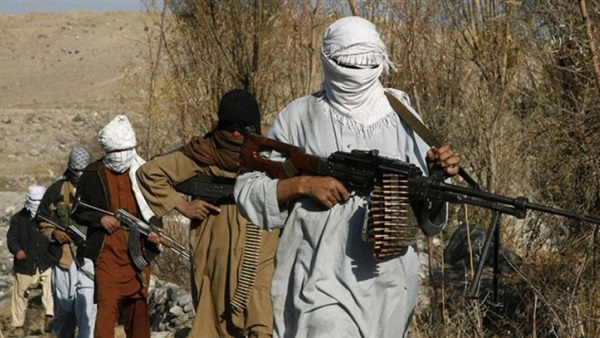 With the coming of April every year, Afghan farmers head to the opium fields to harvest their main crop. The narcotic poppy was cultivated in more than a third of the villages, including more than 50 percent of the eastern region and about 85 percent of the southern region. In addition to the income for farming families, opium provides access to daily wage labor for a large number of local workers and immigrants hired by farmers.

These fields are the main source of funding for the Taliban, which is estimated to have earned up to $1.5 billion in drug cultivation, manufacture and trade in the past two years, according to figures from United Nations experts in the fight against drugs and crime, as well as US officials concerned with the same issue.

In its latest statement, the Taliban said it stands strongly against the drug trade, as its spokesman, Zabihullah Mujahid, confirmed in the first press conference following the movement’s control of Kabul, “We assure the world that the cultivation and trade of opium will stop in Afghanistan.”

“After entering Kabul, I noticed that a large number of young people had become addicted and unemployed. We will endeavor to eradicate opium cultivation, as we did twenty years ago,” Mujahid added.

Despite Mujahid's statements, the British newspaper the Telegraph pointed out that the Taliban's success in seizing power and forming a government for the first time in two decades does not deny that they are also facing a looming economic crisis and the danger of a sudden halt to the aid that has supported the country for years, so their eyes are on the opium fields, which could become a vital alternative to that international money.

In a report entitled “The Taliban is considering dumping the West with heroin to support the Afghan economy”, Tim Wallace, deputy economic editor at the Telegraph, addressed the danger of the Taliban’s return to power, especially since the largest drug stockpile in the world is in Afghanistan and is controlled by the movement.

Several months ago, senior Taliban leaders hinted at their desire to ban the opium economy, but, according to the Telegraph, it doesn’t make sense to believe their promises, because the poppy plant will be a very important source of income, and if they start imposing a ban on it, it will have a huge negative reaction for them, including in vital areas such as Helmand and Kandahar, as international bargaining will be constrained by local reactions.

The report noted that financial aid from Western countries is, in financial terms, more important than poppies. In the event of a sharp decline in subsidies, this could lead to an economic crisis after years in which aid contributed to achieving growth, at least if hundreds of thousands of soldiers and police paid by the West became unemployed.

It is noteworthy that during the presence of US forces in Afghanistan, the leaders were invoking that the extermination of the opium fields had negative effects, as it turned into a means through which the Taliban woo farmers who lost drug fields and their source of livelihood to their ranks. Therefore, Washington insisted that the opium fields in Afghanistan should not be wiped out and replaced instead with projects that entice farmers with alternative livelihoods from drugs.