In its first speech, Taliban reasserts adherence to its terms of reference 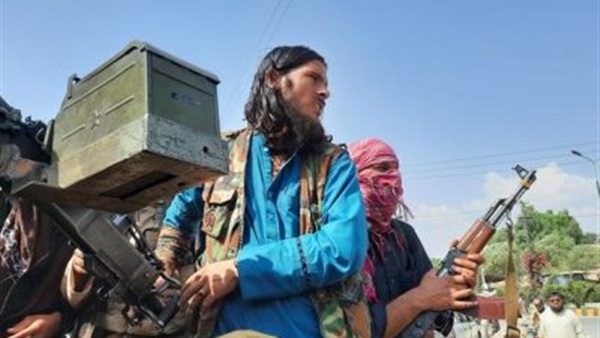 The Taliban's control of power and the joints of the Afghan state came to capture the attention of the whole world.

This was accompanied by a state of anticipation for the features of the movement's nascent experience and whether it will differ from its previous experience.

This is especially true in the light of the apparent shifts in the movement's thought and awareness of political realities, both at home and abroad.

There is a lack of criteria through which one can predict the future of the Taliban, despite clear shifts in the movement's discourse.

The first speech of the Taliban movement, delivered by its official spokesman, Zabihullah Mujahid, reveals - to some extent - the main lines of the movement's policy and experience.

We will explain the most important strategies and tools the Taliban relied on to persuade and mobilize the public and also reassert its identity and assure neighboring countries and the international community.

It should be noted that the Taliban's first speech came to highlight the great change that happened in it.

This change, the movement wanted to say, includes its discourse and way of thinking.

It wanted to demonstrate its preparedness for undergoing the new experience of governing Afghanistan, without repeating the mistakes of the past.

It also alluded to its desire to reach its hands out to everyone who wants to cooperate with it.

The movement also alluded to its desire to avoid wars and enmities with all parties.

It said it would not allow Afghanistan to turn into a launch pad for attacks against neighboring countries.

The movement also was keen to assert its keenness to allow all Afghans to practice their rights freely.

Nevertheless, the speech also throws light on the possibility of early clashes between the movement and the international community because of the movement's adherence to several issues. These issues include the following:

Despite the conciliatory rhetoric of the movement, it emphasized its reference and identity by repeating some words and phrases, such as the 'emirate', 'Islamic emirate', 'Afghan Islamic Emirate' and 'commander of the faithful'.

The Taliban did not mention the word 'republic' in its first speech.

This indicates the movement's conviction towards power. It shows that it will apply some concepts only to bypass the intricacy of the current transition.

The Taliban also tried to reassure Afghans and the international community by talking about women's rights.

The movement's spokesman confirmed that the 'emirate's leadership' is keen on granting women their rights.

However, these rights are not absolute, according to him.

They are rather restricted and conditional and women have to adhere to Islamic rules in practicing these rights.