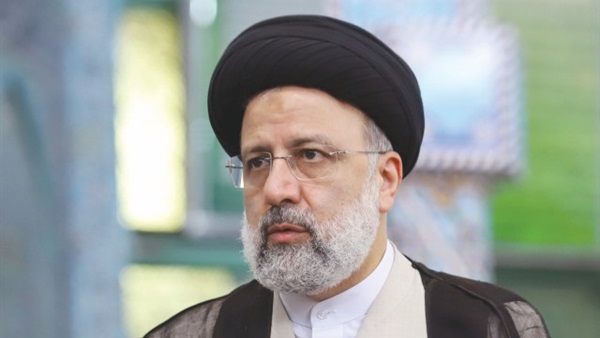 Since the Taliban movement announced on Sunday, August 15, its control over the capital, Kabul, and the joints of governance in Afghanistan, which prompted Afghan President Ashraf Ghani to leave the country, reactions have continued at the international level.

The most prominent reactions came from Iran, which, despite suspending flights from Afghanistan, welcomed the Taliban's actions, saying that the extremist movement succeeded in defeating the United States and expelled its forces from Afghan territory, which is an important event for Tehran, which is suffering under US sanctions.

Iranian President Ebrahim Raisi described what happened in Afghanistan as a “military defeat” for the United States, calling for the need to work to restore life, security and lasting peace in Afghan territory.

Raisi stressed his country's commitment to neighborly relations with Afghanistan, which was also confirmed by Foreign Minister Mohammed Javad Zarif.

Not only that, but Iranian Deputy Foreign Minister for South Asian Affairs Rasoul Mousavi announced on Twitter that he was in regular contact with the Taliban - which he described as the Islamic Emirate - in order to secure the Iranian consulate, its diplomats and employees, and confirmed that the consulate will be moved from Mazar-i-Sharif to Kabul.

On the other hand, a number of Iranian activists criticized the reaction of Iranian MP Ahmad Naderi to what he described as the “fundamental movement” that will contribute to the spread of stability in Afghan society and prevent the influence of groups such as ISIS.

The Afghan community in Iran had another reaction, as hundreds of Afghans protested in front of the United Nations office building in Tehran and called on the international community, the United Nations and all countries to stop the extremist movement’s expansion in Afghanistan and to stop any support provided to it. Demonstrators raised several slogans, including “Death to the Taliban” and “We do not want an Islamic emirate.”

It should be noted that Iran has changed its tone and approach towards the Taliban. At first, it considered the Taliban an extremist group, as it was largely responsible for the killing of a number of Iranian diplomats during an attack on Mazar-I-Sharif in September 1998.

But since President Ashraf Ghani took power in Afghanistan, the Iranian tone toward the Taliban has changed, and Foreign Minister Zarif has hosted Taliban representatives several times, especially during the past two years, to discuss the situation in Afghanistan.

On the repercussions of Iranian support for the Taliban, former Iranian President Mahmoud Ahmadinejad warned the ruling regime in his country and all its security institutions against providing support to the Afghan movement.

Ahmadinejad stressed that the Taliban represents a serious threat to Iranian security and the entire region, given that it is a “violent and inhumane group.”

“Why do some Iranian security institutions provide support and defense for the Taliban?” he asked, which prompted a number of Iranian officials to warn Ahmadinejad against making such statements again.