Taliban's strategic change: Maneuver before empowerment or shift in method? 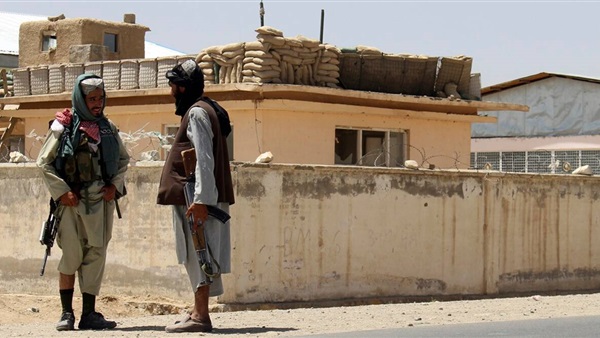 One of the most prominent fears left by the US withdrawal from Afghanistan is leaving the arena for the Taliban movement to be a safe haven for jihadist groups and exporting them to the surrounding countries, especially China, the fierce regional rival of the United States. Indeed, many observers consider that the most important goals of Washington's withdrawal from the country at this time is to make room for the creation of hotbeds of tension in front of its competitors in this region, led by China, Iran and Russia.

However, this was not the case with the leaders of the Taliban, who, more than two years ago, began sending messages of reassurance to everyone in an attempt to gain the satisfaction of its regional surroundings, starting with Russia, passing through Iran, and then recently China, and at the same time its insistence on reaching power by military force.

On July 28, the Taliban spokesman announced that a delegation of the movement's leaders had met in China with the Chinese Foreign Minister and officials from the Chinese diplomacy.

“The Taliban has assured China that Afghan territory will not be used against the security of any country,” Naeem told AFP in Kabul, adding, “Chinese officials promised not to interfere in Afghan affairs, but to help solve problems and establish peace.”

The Taliban did not consider that it would turn into a political movement in the organizational partisan sense, and therefore some primitive political ideas were formed for it as a diligence and an immediate response to the facts on the ground. From the same premise, it did not recognize the prevailing man-made systems such as democracy and other forms of government that grant the right to legislate and rule to the people.

In this way, the extremist movement does not differ much in its origins and ideological references from its counterparts with armed Islamist groups such as al-Qaeda, and therefore it is not easy to transform the movement’s ideologies as religious constants, which give it legitimacy in existence, unless that transformation is a phase or a kind of maneuver imposed by necessity according to the jurisprudence of reality before reaching empowerment. This includes sitting at the negotiating table with its enemies, such as the United States, and also entering into negotiations with neighboring countries such as China.

The Taliban’s relations with Uyghur militants, especially the East Turkistan Islamic Movement and its successor, the Turkistan Islamic Party, date back to the days when Osama bin Laden was stationed in Afghanistan before the attacks of September 11, 2001.

A UN Security Council report last year confirmed that about 500 members of the movement remain in Afghanistan, most of them in the regions of Registan and Wardak in Badakhshan province, currently areas mostly controlled by the Taliban.

The movement declared its interest in the Uyghur issue and its interest in all persecuted Muslims in the world, as a senior Taliban official said during his visit to China, “We care about the persecution of Muslims, whether in Palestine, Myanmar or China, and we care about the persecution of non-Muslims anywhere in the world.” However, he also sent a message of reassurance to China, saying, “What we will not do is to interfere in China's internal affairs.”

Intelligence reports indicate that the relationship between the Taliban and the Turkistan Islamic Party in China continued until recently. In January, the Afghan government announced that it had expelled ten Chinese accused of contacting groups loyal to the Taliban in the capital, Kabul, on December 10, 2020, on charges of spying activities in the country.

The US reports, citing documented reports published in India, said that “Chinese people used the capital, Kabul, as a fake station for the East Turkistan Islamic Movement (ETIM), an armed separatist group seeking to establish a breakaway Islamic state for the ethnic Uyghur minority.” The purpose of the bogus station is reportedly intended to trap people who support the ETIM and its members who are active in Afghanistan.

The recent visit of the Taliban delegation to China reveals a qualitative shift in dealing with the issue of the Uyghurs and abandoning them in exchange for cooperation with China or obtaining its support in the future in Afghanistan, and therefore the Taliban want to show goodwill to China.