Russia welcomes the Taliban as a lesser evil in Afghanistan 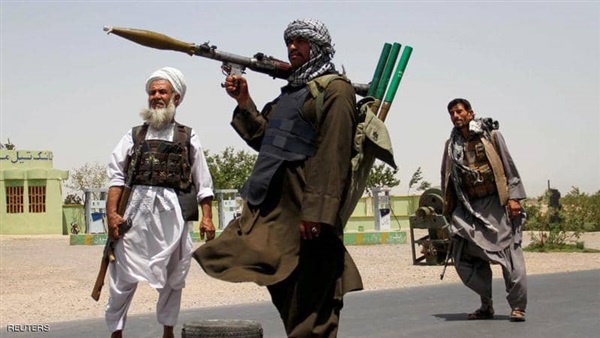 As the Taliban continue their advance in Afghanistan, the Kremlin sees potential benefits.

The Taliban are officially designated as terrorists in Russia but Moscow believes that they are a lesser evil compared with other extremists, such as Islamic State, who could flourish as the US withdraws its troops. Russia fears that Islamist extremism could spread into the former Soviet states of central Asia on its southern border, reigniting local insurgencies and cross-fertilising with extremists in the north Caucasus.

Terrorist attacks in Russia have been blamed on Islamists from central Asian countries, such as Uzbekistan, which have large migrant communities in Moscow and other cities. Sergey Lavrov, Russia’s foreign minister, believes that hostilities in Afghanistan are creating “niches” for Islamic State fighters.

Moscow says that Isis fighters from Libya and Syria are infiltrating Afghanistan and the US is turning a blind eye. Zamir Kabulov, President Putin’s special envoy for Afghanistan, said last month that the Taliban’s increasing control of the country could lead to the elimination of jihadist groups. “The fact that the Taliban are taking control of districts has a positive aspect to it. Why? Because most of these [extremist] groups are not focused on domestic matters but on central Asia, Pakistan or Iran,” he said. “The Talibs, who are taking these districts over, are their sworn enemies and unlike the Afghan government, not to mention the Anglo-Saxons . . . the Talibs fight and destroy them.”

That dig at US and British failures betrays a wider Kremlin desire to keep American influence away from Russia’s borders.

Some analysts believe that Moscow’s strategy is more about cementing its role as a security guarantor in central Asia, where it hopes to curb western and Chinese influence. More than a thousand Russian troops are taking part in drills with Uzbek and Tajik forces on Tajikistan’s border with Afghanistan. But the fear of Islamist extremism is real in Russia. Using brutal regional proxies such as Ramzan Kadyrov in Chechnya, Moscow has practically extinguished radicalism in the north Caucasus, ending terrorist attacks that plagued Moscow and other cities in the 2000s. Putin does not want a return to those times