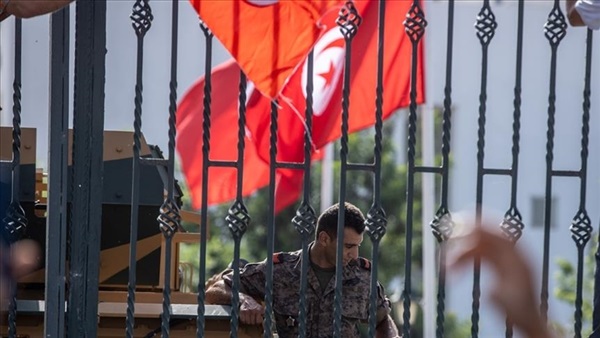 The International Organization of the Muslim Brotherhood had put its full weight behind Joe Biden as a presidential candidate in the US.

It believed Biden's election would bring the policies of former US president Barack Obama back to the White House.

Obama used to support Islamists' rise to power in the Middle East.

As vice-president, Biden used to back the Islamists, which was a different policy from this followed by former US president Donald Trump.

Since taking over in the US, Biden has not demonstrated any support for the Brotherhood.

He did not, for example, renounce the current administration in Egypt like the Brotherhood wanted.

The group wanted Biden to adopt a hostile attitude to the Egyptian administration in the name of defending democracy and human rights.

Biden does not nourish good relations with Turkish President Recep Tayyip Erdogan either like the International Organization of the Muslim Brotherhood wanted.

The July 25 decisions by Tunisian President Kais Saied also came as a shock to the International Organization of the Muslim Brotherhood.

President Saied dissolved the parliament, which was controlled by the Brotherhood, and sacked the cabinet.

The Brotherhood was pinning hopes on Biden's administration to intervene and rescue its political prospects in Tunisia.

Nevertheless, Biden did not criticize the decisions of the Tunisian president, even as the Brotherhood called these decisions a 'coup'.

The International Organization of the Muslim Brotherhood had hoped that President Biden would reject these decisions.

On the contrary, US Secretary of State Anthony Blinken talked to the Tunisian president on the phone and urged him to 'respect' democracy and human rights.