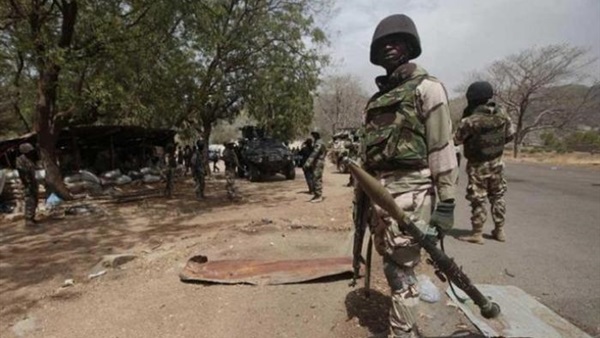 The Nigerian government strives to end the dominance of terrorist organizations in the country.

Therefore, President Muhammadu Buhari is concluding arms deals with several major countries, most notably the United States, a strategic partner in fighting extremism in West Africa, to achieve this goal.

However, Nigeria's request for arms was rejected this time. Washington opposed granting the Nigerian government a US arms deal worth $875 million, which would affect Abuja's efforts to fight armed organizations in Nigeria.

US lawmakers had opposed a proposal for selling a $1 billion-worth of arms to Nigeria on concerns about possible government human rights violations, some informed sources said.

Reuters quoted the same sources as adding that the proposal to sell 12 Bell AH-1 Cobra attack helicopters and related equipment worth $875 million had been delayed by the US Senate and House of Representatives.

A US State Department spokesman refused to comment on proposed defense sales until Congress is formally notified.

A US government official said Nigeria had recently taken delivery of 12 A-29 Super Tucano, an aircraft that can destroy bunkers and provide air support to infantry like a helicopter.

As usual, the US State Department informally notifies Congress in advance of proposed arms sales. If Congress opposes the sale after formal notification, it can pass legislation to block it.

In October 2020, US officials complained about the Nigerian army's use of 'excessive force' against unarmed civilians. It called for restraint after soldiers opened fire on protesters demonstrating against police brutality in Lagos.