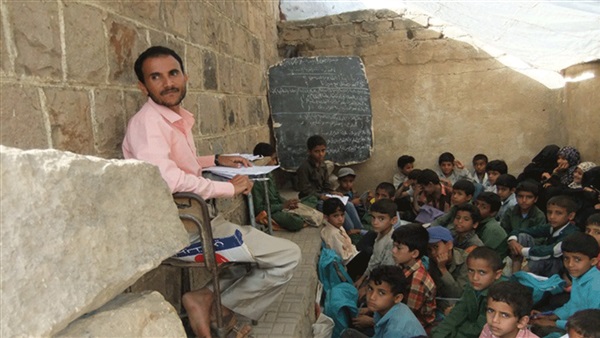 The Houthi militia keeps imposing taxes on school pupils in Yemen, especially in areas under its control.

The militia also prevents ordinary people from enrolling their children in the new academic term if they fail in paying the taxes.

In some areas, the Houthis prevent the school administrations from giving the pupils the exam results if their parents do not pay taxes.

This is a process of blackmail every Yemeni is being subjected to.

Debates about educational services in Yemen popped up on July 29 when informed Yemeni sources revealed to local media that the Iranian-backed Houthi group refused to hand over school certificates to school pupils for the past academic year without paying money.

A decision in this regard was taken by Houthi Minister of Education and brother of the group's leader, Abdul-Malik Yahya al-Houthi.

Some Yemeni activists reported on social networking sites that the Houthi minister of education gave instructions to all educational offices for not handing over the exam results to the pupils if these pupils or their parents do not pay money.

Pupils have to present evidence that they had paid the value of the service in one of the educational administrations.

Regarding the value of that service, Yahya al-Houthi has set certain amounts for each educational stage.

The more a pupil moves from a lower educational stage to a higher one, the higher the payment amount.

The pupils also have to pledge readiness to participate in works that serve the so-called 'fighters' on Houthi fronts.