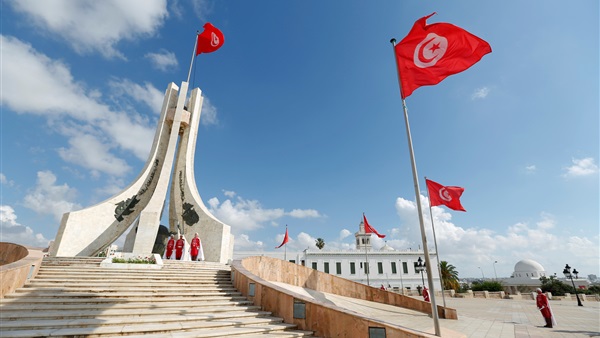 Islamist currents entered a dark tunnel in the evening of July 25.

This was wrought on these currents by the decisions taken by Tunisian President Kais Saied who dissolved his country's Muslim Brotherhood-dominated parliament and sacked the whole cabinet, including the prime minister.

Although Tunisia is theoretically small in geographical size, recent developments in it reverberate around the world.

What happens in Tunisia will surely influence Islamists and what is called the 'Islamist project' in the region, especially with the Islamists claiming to be working to bring about renaissance to the countries where they operate.

The Muslim Brotherhood claimed that it failed in Egypt, because it was not given the opportunity to succeed.

Nevertheless, the Tunisian experience is coming to prove the falsity of the claims of the Brotherhood and also the prescient vision of Egyptians when they rose up against Muslim Brotherhood president Mohamed Morsi in mid-2013, after he spent only one year in the office of president.

Experience has it that the Brotherhood will fail, regardless of the period it stays in power.

This was exactly what happened in Tunisia where the group spent 11 years in decision-making circles.

It rose to power in Tunisia soon after the Arab Spring started in the North African country in 2011.

Eleven years later, Tunisia is in economic ruin. The government is close to being unable to pay the salaries of civil servants. The health system is collapsing and Tunisia is approaching other countries for aid. Covid-19 continues to claim Tunisian lives and the Arab country seems to be in capable of containing the disease.

This was why Tunisians came out against Ennahda, the Muslim Brotherhood's party in the country. Those coming out against the movement accused it of having no program and failing to address the problems of Tunisian citizens.

The collapse of Ennahda's project in Tunisia is bringing fear to Islamists in all other countries. They are just afraid that the Tunisian model will be repeated in their countries as well.