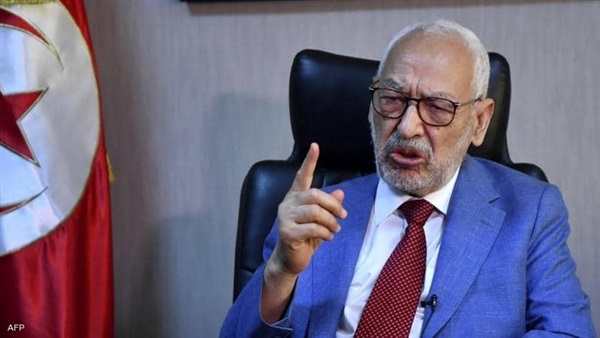 In a new attempt to provoke chaos and violence in Tunisia, Ennahda leader Rached Ghannouchi has resorted to repeating his threats to take the Brotherhood-affiliated movement's supporters to the street if Tunisian President Kais Saied does not back down from his decisions, hinting at the return of violence and terrorism in Tunisia, as well as the return of waves of migration towards Europe.

In statements to AFP, Ghannouchi said that if parliament does not return and a government is agreed upon, he will call on the street to defend Tunisia’s democracy, as he put it, stressing that the movement fears that there will be a clash with the army.

In an attempt to evade responsibility for the bad economic situation in Tunisia, Ghannouchi said that Tunisia has been subjected to conspiracy in recent years, adding that Ennahda is not solely responsible for mistakes in the economic and social fields.

Saudi political analyst Fahd Debaji revealed the reasons for Ghannouchi resorting to the threat of violence and terrorism inside and outside the country and the return of immigrants to Europe in the event that President Saied does not back down from his decisions, noting that these are orders from the international Brotherhood after a calm for days to know and study the situation, explaining that the organization will not give up its gains in Tunisia at any cost, even if through violence and force.

In turn, political analyst Hisham al-Hajji said in televised statements that Ghannouchi's statements prove the accusations leveled against the Ennahda movement that it clings to rule and is heading towards chaos, like all currents of political Islamism.

Hajji stressed that Ennahda is looking to mobilize international public opinion to break its political isolation, noting that the decisions of the Tunisian president are popularly supported and therefore Ennahda's calls seem to be rejected by everyone.

Saied, a former professor of constitutional law, based his recent decisions on Chapter 80 of the 2014 constitution, and he benefited from popular resentment against the performance of the government and parliament, which were unable to resolve the stifling economic crisis that Tunisia has been experiencing for years, in addition to the failure to manage the corona pandemic.