At Least 80 Killed as Flash Floods Destroy Village in Afghanistan 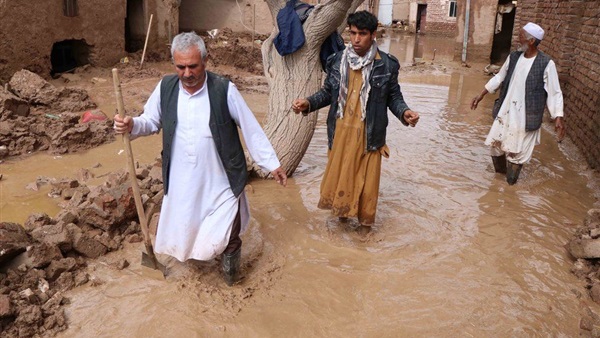 KABUL, Afghanistan — At least 80 people were killed with a hundred more missing after a flash flood tore through a village in a Taliban-controlled area of eastern Afghanistan late Wednesday night, Afghan officials said.

The deluge swept away most of the village in the Nuristan Province, destroying around 200 homes, and caught most residents off guard because they were sleeping. By Thursday night, villagers had recovered around 80 bodies but as the search continues, local officials expect the death toll to surpass 200.

“It is wiped out, nothing remains after floods,” said Abdul Naser, a resident of the district who visited the village on Thursday. “No aid has arrived yet, and there are no measures for caskets, coffins and funerals.”

The flash flood is the latest blow for Afghanistan, where fighting between government forces and the Taliban has displaced hundreds of thousands of people in recent months and pushed the country to the brink of a humanitarian crisis, aid agencies say. Since international troops began withdrawing in May, the Taliban have made a swift military advance across the country, gaining control of more than half of the country’s 400-odd districts.

But as the militant group presses on in its offensive, raising the possibility of a complete Taliban takeover, many have questioned whether they could effectively govern the war-stricken and foreign aid dependent country if they seize power. The flood, in Kamdesh district, offered an early test for the Taliban’s ability to provide relief services — a sign of effective governance — in the areas they control.

On Thursday afternoon, local officials called on the Taliban to grant aid groups access to the district to provide emergency services. But by the afternoon, search and rescue teams had still not been able to reach the remote village largely because the Taliban control the roads into the district, according to a statement from the Ministry for Disaster Management. Local disaster management committees in nearby Kunar and Laghman provinces were working on getting their rescue teams to the area.

“The area is under Taliban control, if the Taliban allow us, we will take aid to the area,” said Hafiz Abdul Qayum, the governor of Nuristan Province.

Floods in northern and eastern Afghanistan are not uncommon this time of year. In August last year, flooding in Charikar, a city on the foothills of the Hindu Kush mountains, in northern Afghanistan, killed at least 92 people and injured 108 others.

But the flash flood in Nuristan comes as extreme weather has taken a grim toll around the world this summer and scientists warn that warming caused by greenhouse gas emissions is changing the climate. Heavy rainfall is a visible sign of that change, they say, because a warmer atmosphere can hold more moisture — producing more powerful rain.

This month alone, floods deemed once-in-a-millennium or rarer killed at least 170 people in Europe and caused billions in damages after homes, businesses, vehicles and electricity and sewer systems were wiped away. Floodwaters trapped terrified passengers in submerged subway cars, swept cars away and caused power outages in Zhengzhou, China. And monsoon rains set off a flash flood in the Grand Canyon in the United States.

In recent decades, flash floods have become increasingly common in Afghanistan after widespread deforestation largely destroyed the open woodlands and closed forests that once slowed the flow of water down mountainsides. With weak governance and entrenched conflict putting people in additional peril, Afghanistan consistently ranks as one of the most vulnerable countries in the world to climate change, according to the World Bank.

Of the 110,000 Afghans who have been affected by some sort of natural disaster so far this year, 75 percent experienced flooding, according to the United Nations