Tunisia's Ennahda may not run in next polls 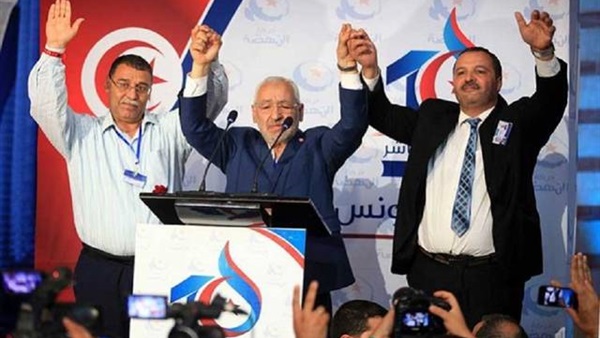 The Muslim Brotherhood does not believe in homelands.

This is manifest in the famous mantra of the leaders of the group that homelands are nothing but 'a handful of rotten dirt'.

The Brotherhood's disbelief in nation states is demonstrated by successive events.

The leaders and the members of the group prove this disbelief in Egypt and Tunisia.

The Brotherhood leader in Tunisia, Rached Ghannouchi, assumed the post of Tunisian parliament speaker before the parliament was suspended by President Kais Saied on July 25.

He is accused of participating in violations against Tunisian national security, espionage and planning a bloody coup.

He is also accused of assassinating leftist politician Chokri Belaid.

Nevertheless, the latest decisions of the Tunisian president had foiled the Muslim Brotherhood plot in Tunisia.

Regional head of the British Center for Middle East Studies and Research, Amjad Taha, revealed recently that a shocking surprise would await the branches of the Brotherhood in the Gulf region.

"There will be new parliamentary elections in Tunisia," Taha wrote on Twitter.

He noted that information is emerging that Ennahda movement, the branch of the Muslim Brotherhood in the North African state, was bankrolled by foreign intelligence during the 2019 parliamentary elections.

He noted that foreign funding to the Brotherhood in Tunisia threatened the country's security and interests.

This means, he added, that the Brotherhood can be prevented from running in the next elections.

Ghannouchi, a philosophy teacher, amassed a huge wealth in the past years.

He does not have a specific business activity. Nonetheless, he is now a billionaire, raising suspicions over his financial integrity.