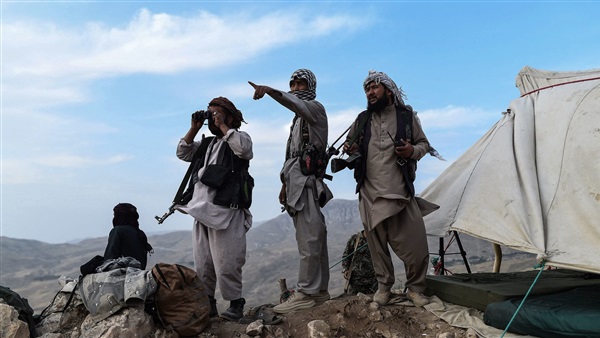 In light of the differences between the Afghan parties, namely the government and the Taliban, no breakthrough or significant progress occurred in the negotiations that were launched ten months ago in September 2020 and hosted by the Qatari capital Doha, and the negotiation crisis is still ongoing, as the negotiations between the two sides will be completed at the beginning of August to continue discussing accelerating peace efforts in Afghanistan. This comes at a time when Washington has escalated its air strikes in support of the Afghan forces, after the terrorist movement’s control of parts of Afghan territory amid Afghan citizens’ fears of the Taliban taking control of power.

The Afghan Tolo News network revealed that the next meeting of the delegations of the Afghan government and the Taliban movement to complete the discussion of accelerating peace efforts in Afghanistan, quoting sources close to the negotiating teams in Doha as saying that the meeting will be held at the beginning of August.

Tolo quoted former Taliban leader Syed Akbar Agha as saying, “It would be useful for a trusted team to attend the meeting this time, but if the delegation had fewer powers, it would not have a result,” while Abdullah Abdullah, head of the Afghan High Council for National Reconciliation, indicated that the negotiations will move faster in the coming days.

The first meeting was held in Doha on July 16 and lasted for two days, during which the delegates agreed to continue their meetings and expedite peace efforts, although they failed to reach an agreement on a ceasefire.

The peace efforts come with the continuation of fighting on multiple fronts, which led to the fall of a large area of land to the Taliban, while the Afghan people have been affected by the prolonged negotiations between the two sides.

Since the beginning of May 2021, the Afghan movement has launched a large-scale attack against the Afghan forces, during which it managed to occupy vast rural areas, taking advantage of the withdrawal of international forces from Afghanistan, which will be completed at the end of August.

Taliban leader Haibatullah Akhundzada made a series of pledges, in a message he published before Eid al-Adha, that if his movement took the reins of power there would be no revenge and that the movement would work on what he called “creating an appropriate environment for educating girls and establishing peace and security.” However, this did not reassure the Afghan citizens.

Meanwhile, Lisa Reefke, chief political affairs officer at the United Nations Assistance Mission in Afghanistan (UNAMA), urged the Afghan government and the Taliban to return to the negotiating table and end the unprecedented violence, saying that the escalation in fighting has reduced hopes for peace talks. She stressed that UNAMA remains committed to supporting the parties within its mandate and to cooperating with all Afghans in the region and with the international community to advance the peace process.

After the Taliban’s recent rapid progress and its control over parts of Afghan territory by taking advantage of the coalition forces' preoccupation with the withdrawal, Washington escalated its air strikes in support of the Afghan forces, as the US Defense Department said on Tuesday, July 27, that the US military launched additional air strikes this week to support Afghan government forces in their fight against the Taliban, using drones and conventional warplanes. Pentagon spokesman Rob Lodewick confirmed that his country's forces launched a number of strikes during the past few days.

“Air strikes against the Afghan movement are increasing, and we are ready to continue this high level of support in the coming weeks if the Taliban continue their attacks,” said General Frank McKenzie, the commander of US Central Command (Centcom), who is overseeing the withdrawal of the US military and is authorized to make decisions about air support for Afghan forces. He Noted that the United States provides logistical support in Kabul and beyond in the region, as well as funding, intelligence sharing, advice and assistance through security consultations at the strategic level.

On the other hand, the Taliban movement threatened the United States with “consequences” after the air strikes carried out by the US army to support the Afghan forces fighting the movement in Kandahar province, which is the first attack carried out by the United States targeting the movement following the Doha agreement that resulted in the withdrawal of American forces from Afghanistan.

In a statement regarding the air strikes against it, the Taliban explained that the US forces launched air strikes on Kandahar province and parts of Helmand province, which resulted in the killing and wounding of civilians and some elements of the movement. The movement claimed that this is a clear violation of the signed agreement and will have consequences.

The Taliban affirmed its commitment to end the conflict in the country through dialogue, despite the escalation of its recent attacks against government forces and its control of new areas coinciding with the US withdrawal.

On the other hand, thousands of Afghan civilians stood in front of the Passport Department in the Afghan capital, Kabul, to issue travel documents to leave the country in the event of the Taliban seizing power, as the number of people wishing to obtain passports exceeded expectations in recent weeks, specifically following the Taliban’s expansion and its control over large parts of Afghanistan after the coalition forces announced their withdrawal.

AFP reported thousands of Afghan civilians are standing in a long queue in front of the Passport Department in Kabul, waiting for their turn to request travel documents for their family, which would entitle them to leave the country in the event that the Taliban seizes power.

An Afghan policeman confirmed that the Passport Department usually receives nearly 2,000 people daily to obtain passports and travel documents, but it is now receiving about 10,000 people per day, according to the AFP report.