Bullying abroad: US Brotherhood seeks help from Biden to save group in Tunisia 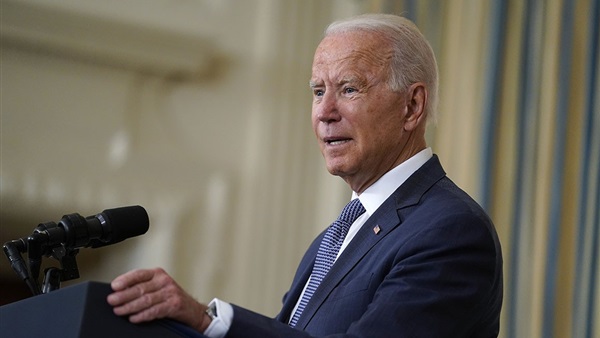 The international organization of the Brotherhood is using its branches in the West as a tool for political propaganda, in accordance with the needs of the Brotherhood’s agenda and the different situations it is experiencing in the regions where it is exposed to popular decline. The terrorist group uses its tools to transform facts and paint a mental image that serves its interests with public opinion and leaders abroad.

In view of the influence and spread of the Brotherhood’s branch in the United States, it is frequently employed by the group to serve its political goals in the Middle East and to pit the American political leadership against countries hostile to the group. With the escalation of events in Tunisia and the political decline of the terrorist group, leaders of Brotherhood institutions in Washington are working to create a public opinion that supports the group and opposes Tunisian President Kais Saied, as they consider him a reversal of legitimacy.

The Brotherhood in Tunisia, represented politically by Ennahda, has failed to satisfy citizens, prompting some to launch calls for demonstrations, such as the July 25 Front, which called to denounce the group’s dealings with the authorities on the 64th anniversary of Tunisia’s independence. As a result of the widespread protests that resulted in a state of anger, President Saied decided to freeze parliament, drop the immunity of all its members, and relieve Prime Minister Hichem Mechichi from his post.

This resulted in bad consequences for the group’s conditions for losing control of the legislative authority in the country, so the organization’s leaders are working to use foreign branches to form international pressure on Saied. For its part, the Council on American-Islamic Relations (CAIR) issued a statement condemning the recent decisions by the Tunisian president, labeling it a coup on democracy.

CAIR warned US President Joe Biden against adopting a wait-and-see stance, noting their rejection of this stance because they consider the recent Tunisian decisions a threat to democracy in the country.

In a statement published on CAIR's website, CAIR Executive Director Nihad Awad said that he urges Biden and the State Department not to adopt neutral positions towards the unrest in Tunisia, hinting that these positions lead to attacks against democracy, undermine freedom and open the way for authoritarian governance.

US Brotherhood and Biden

The international Brotherhood has been trying to get close to Biden since the US elections and the stage of political propaganda that preceded it, as he is a representative of the Democratic Party that presents itself as a sponsor of human rights around the world – a role that is linked to violent chaos when attempted in any region - and there is a consistency with what the group claims outwardly as its goal.

Therefore, it employs its interests in the form of demands that challenge the partisan values of Biden and exploit this situation to pit the new president against the countries of the Middle East that oppose the Brotherhood, trying to push Biden to play that aforementioned role through allegations of undermining human rights in areas of the group’s political extinction, such as Saudi Arabia, the UAE, and recently Tunisia.

Since Biden took office, the Brotherhood, through CAIR, has demanded that the president help the peoples of the Middle East to gain their freedoms, inciting him to sever ties with the political regimes in the region, and it is trying to replay this game with Tunisia and its leadership headed by Saied.