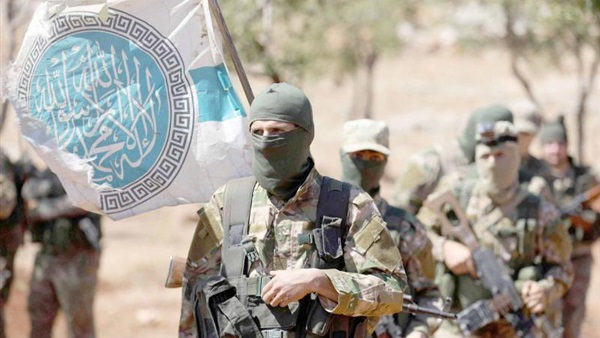 New disputes surfaced in the Syrian province of Idlib after Hayat Tahrir al-Sham (HTS), the most organized entity in northern Syria, managed to tighten its control over the border province more than two years ago.

According to news reports from Syria, HTS is involved in armed confrontations and pursuits against the Jund al-Sham faction led by terrorist Muslim al-Shishani.

The WarGonzo channel on Telegram reported that HTS tried to storm the headquarters of Shishani and his followers in order to force them to leave Syria.

It pointed out that HTS gave Shishani the choice to either leave or fall under the banner of HTS, which Shishani rejected.

HTS, under the leadership of Abu Mohammad al-Julani, is doing this out of its political ambitions, as the group has sought, since it split from al-Qaeda, to clear its name of any terrorist ideas in order to be removed from the list of terrorist entities and be accepted by the international community.

To this end, HTS has made many efforts, such as excluding leaders who adhere to extremist views and holding reviews among its followers to convince them of the new goal, as well as tracking terrorist entities in their areas of control in Idlib to eliminate them or force them to leave.

So far, HTS has succeeded in eliminating many other terrorist factions in Idlib, which shows that its dispute with Jund al-Sham is not new.

By following the open media spaces of the HTS leader on widespread satellite channels, we monitor a state of relative satisfaction with the organization by international parties, especially the analytical reports that praise HTS’s efforts to prove its locality and civility.

WarGonzo reported that Britain is the most prominent country that has embraced HTS's transformations, as it works to facilitate its passage to the international community.

Syria and Russia reject this endeavor, as they both see HTS as establishing a quasi-state in Syria, which makes this region a pressure card on Moscow and Damascus.