Ideology of armament: 19 years since killing of Al-Qassam Brigades founder 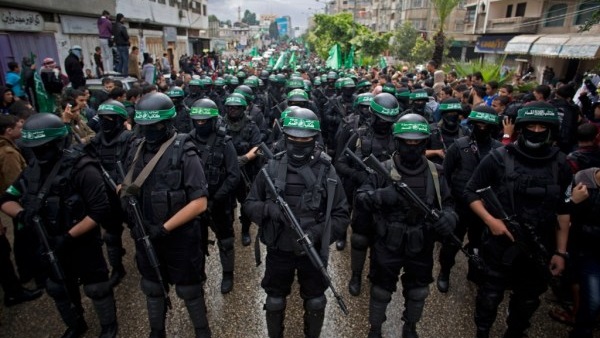 On July 22, 2002, the Israeli occupation army carried out an air strike on central Gaza Strip, in which it killed the prominent military leader and founder of the military wing of the Al-Qassam Brigades, Salah Shehadeh.

Before Shehadeh, the military efforts in Gaza worked in the form of cells, until he came and collected them in the context of a founding cradle for the movement's military wing today.

Salah al-Din Mustafa Muhammad Ali Shehadeh was born in April 1953 in the Shati refugee camp in the Gaza Strip. Shehadeh’s family originally belonged to the city of Jaffa, where it migrated from in 1948 after the Israeli occupation took control. As a son of the camp, Shehadeh received his basic education in the schools of the United Nations Relief and Works Agency for Palestinian Refugees (UNRWA), and then he moved to Egypt to obtain a high school diploma.

In the 1970s, Shehadeh joined the Higher Institute of Social Work in Alexandria, then moved to Al-Arish and worked in his early youth in the field of his studies as a social researcher.

Shehadeh continued his work in Al-Arish until 1979, when Egypt regained the city from the Israeli occupation, and he then moved to the city of Beit Hanoun, where he completed his work as a social inspector.

During this period, Shehadeh began what Hamas calls “calling to God.” He continued balancing his work as an employee with his religious activities until he resigned in 1982 from his job and moved to work in the Student Affairs Department at the Islamic University of Gaza.

Against the background of this activity, the occupation arrested him in 1984 on charges of forming military cells and training young people to carry weapons, and he spent two years of his life in prison.

In 1986, Shehadeh left prison to continue his work as director of student affairs at the Islamic University, and despite the closure of the university in conjunction with the Palestinian uprising, he continued his military work and paved the way for military rebellion, eventually being arrested again in 1988.

At this time, Shehadeh entered a period of interrogation and moved between centers and cells until a ten-year prison sentence was issued against him.

Prison an opportunity for planning

Like most Islamists who reached their conclusions and crystallized their ideas during imprisonment, it during this period that Shehadeh deepened his readings about armament and organized military action.

When Shehadeh's imprisonment period passed, he was saturated with ideas and plans, which justified his resignation from his job upon his release from prison and his singling out for military action against the occupation to establish the first military apparatus of Hamas called al-Mujahidun al-Filastiniun.

Against the background of his activity and being responsible for the orders issued to the soldiers affiliated with Hamas, the occupation carried out an air strike in 2002 on the Daraj neighborhood in central Gaza, targeting a residential neighborhood to kill Shehadeh and his assistant Zaher Nassar.