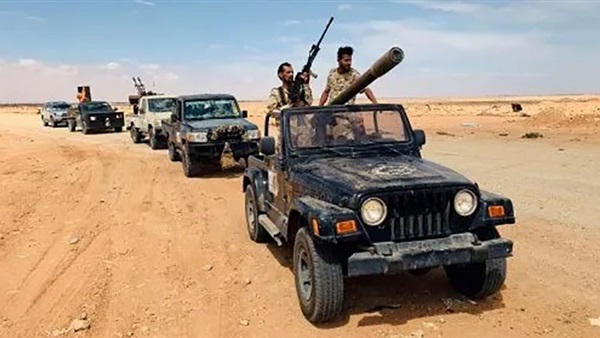 The government of Abdul Hamid Dbeibeh has been working hard to bring about stability, promote peace, and pave the road for holding elections in Libya by the end of this year.

Nevertheless, the branch of the Muslim Brotherhood in the Arab country keeps messing up with Libyan security and stability by continually trying to disrupt its democratic path.

The Brotherhood uses Chadian mercenaries on a wide scale in southern Libya as a card, taking advantage of the state of lawlessness in this area.

The mercenaries are used to undermine control by the Libyan National Army (LNA) in the area.

The mercenaries and terrorists coming from Chad to Libya belong to armed groups in Chad.

Most of them belong to a Chadian terrorist group loyal to the Brotherhood.

Chadian authorities arrested recently a number of terrorists as they tried to cross the border into Libya.

Once they cross, they would have joined the members of the Chadian opposition active in southern Libya.

The Brotherhood is taking advantage of unrest in southern Libya to step up attacks against the LNA.

According to the local newspaper, Journal de Chad, and Libyan military sources, over 25,000 Chadian terrorists operate in southern Libya.

It adds that the members of these factions are stationed near Sabha, Umm al-Aranib, and Murzuq cities.

LNA Spokesman Gen. Ahmed al-Mismari warned on several occasions against the dangers posed by these Chadian groups to security in southern Libya.