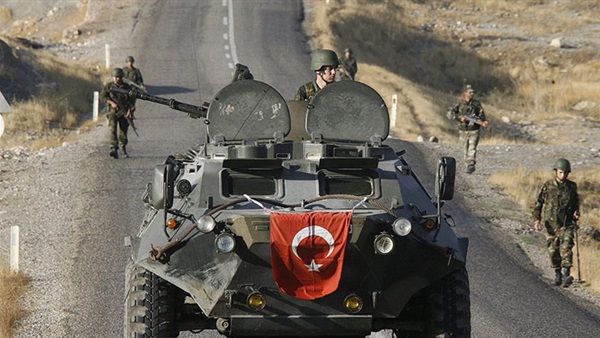 Relations between Russia and the US and Europe go through their worst phase since the end of the Cold War.

NATO uses Turkey as a cat's paw to harass and stifle the Russian bear, taking advantage of relations between Turkish President Recep Tayyip Erdogan's regime and terrorist groups, most notably the Taliban, which largely controls the situation in Afghanistan.

Turkey has a knack for exploiting its pressure cards, threatening to leave Kabul Airport, something that will undermine US plans in Afghanistan.

Among the logistical challenges facing Washington's plan in the country is the need to keep supporting Afghan officials and government forces after the withdrawal of coalition forces.

Afghanistan also represents a Turkish pressure card with which it got rid of many of its problems with NATO and the US.

These problems include Turkey's insistence to operate the Russian S-400 air defense system.

They also include Turkey's energy crises, its expansion in Libya, and its piracy in the East Mediterranean.

This was evident in Turkey’s threat to leave the airport in May 2021.

It is noteworthy that Turkey deploys more than 500 troops on Afghan soil, as part of the NATO mission in the country. These troops offer training to local security forces.

Turkish military activity in Afghanistan has been limited to securing Kabul Airport, known as the Hamid Karzai International Airport.

Turkish estimates indicate that Turkey may succeed in playing an active role in Afghanistan after the US withdrawal.

This boils down to the popularity Turkey enjoys in the region, being an Islamic state in the first place.

Over the past years, relations between Ankara and Moscow have deepened and consolidated to the point that there was an impression that Turkey had become closer to its traditional historical opponent than to its Western allies in the United States, NATO and the European Union.