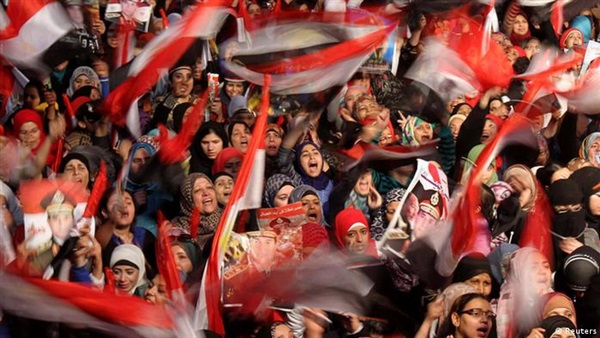 Egypt succeeded in drying up the sources of terrorism and extremism over the past seven years.

It did this by eliminating armed groups in Sinai, eradicating the militias of the Muslim Brotherhood and preventing extremists from controlling the mosques.

State authorities also worked to address the social problems of most Egyptians, which play a role in fueling extremism.

They launched a project for the eradication of dangerous slums and developing safe ones.

Egyptian President Abdel Fattah al-Sisi launched the Dignified Life initiative in 2019 with the aim of developing thousands of villages around Egypt.

As it does all this, Egypt is keen on abiding by international laws. It also works to reform religious discourse as part of its fight against terrorism and extremism.

This fight moves hand in hand with United Nations and Security Council resolutions that call for addressing the conditions that give rise to extremism.

These resolutions include Resolution No. 1963/2010 and Resolution No. 2129/2013, which embody the most important strategic pillars for combating terrorism.

The United Nations also has a strategy for the fight against terrorism in the light of General Assembly Resolution No. 60/288.

The Dignified Life Initiative, launched by President Sisi on January 2, 2019, was celebrated by Egypt celebrated on Thursday.

The initiative aims to improve the living standards and quality of life for needy citizens in rural communities across Egypt.

It seeks to improve the services offered citizens on a daily basis.

The initiative has 17 goals, including raising the economic, social and environmental level of the most needy families in poor villages.