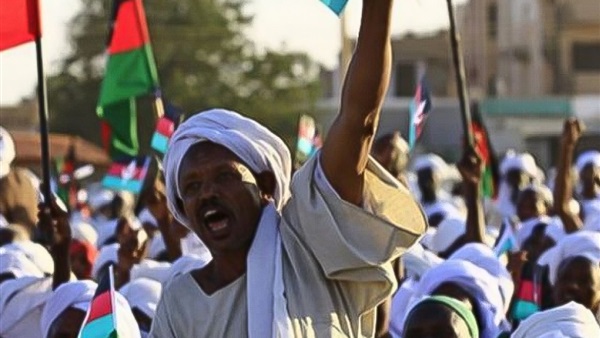 The Sudanese Ministry of Information has warned of the growing threat of the Brotherhood in the country, stressing that the group is trying to obstruct the transitional phase by spreading discord and false rumors.

On Thursday, July 8, the ministry stated that networks linked to the Brotherhood are targeting Sudan systematically through rumors and lies.

For its part, the Sudanese Cabinet explained in a statement that it assigned the Ministry of Information and Culture to oversee the media content presented and closely follow up on it in order to fight rumors and false news.

The statement added that a company expert in this field was contracted to prepare studies and reports on the websites that some use to spread sedition, and the results revealed the existence of networks targeting Sudan systematically by spreading rumors, false news, fragmenting the social fabric, and inciting violence and hatred.

Sudan witnessed during the past week demonstrations that took place in Khartoum due to the increase in fuel prices, and the Brotherhood took advantage of these events by paying a number of its youth to obstruct roads and burn some shops, forcing the security forces to arrest and interrogate 200 of them, who admitted they belonged to the terrorist group.

At the same time, some voices rose during the demonstrations calling for the return of the Brotherhood regime, and a number of anonymous social media accounts affiliated with the group had previously called for demonstrations to take place in various Sudanese streets to demand an improvement in living conditions and to demand the departure of the current transitional government.

According to a report issued by the Ministry of Interior, the ministry was able during the past few days to deal with internet experts to locate these people and arrest them after breaking into their hideouts, and their pages were also closed.

The Brotherhood in Sudan is seeking to return to the street again. According to a report issued by the Mogadishu Research Center for Political and Strategic Studies, the group’s cadres turned to preaching and charitable work in an attempt to attract the largest number of citizens, which was confirmed by the National Congress Party, the ruling party during the era of ousted President Omar al-Bashir, when its cadres called for what they described as “rising up to support the truth and vanquish falsehood.”

An audio message sent by Ali Ahmed Karti, secretary-general of the Islamic Movement, which was the reference for the National Congress Party during the era of the ousted president, was broadcast on social platforms, in which he said, “Rise up to support the truth, conquer falsehood, reform the state of the country and its people, race on the path of good deeds, unite your ranks, gather your desires, and move your potential strength to uproot falsehood without hesitation.”

“Let your arms come together and put your hands to serve the community, preserve its dignity, meet its needs and help it desperately, while preserving its good legacy,” Karti added.

In previous media statements, the Islamic Movement accused the current transitional government of including secular elements implementing a foreign agenda and called for the need to overthrow the current regime.

For his part, Mohamed Ezz El-Din, a researcher in African affairs, told the Reference that the Brotherhood in Sudan has hopes of returning to the street again, so it is exploiting all the crises facing the current government, as well as the poor economic conditions, to attract citizens and conduct demonstrations to spread chaos.

He stressed that a large number of citizens are aware that the current government took over the state after the Brotherhood had destroyed it economically, socially and politically, so they did not heed those calls. However, a small group of others were in the first ranks of those demonstrations, and most of them are young Brotherhood members.