America Punishes Only a Certain Kind of Rebel 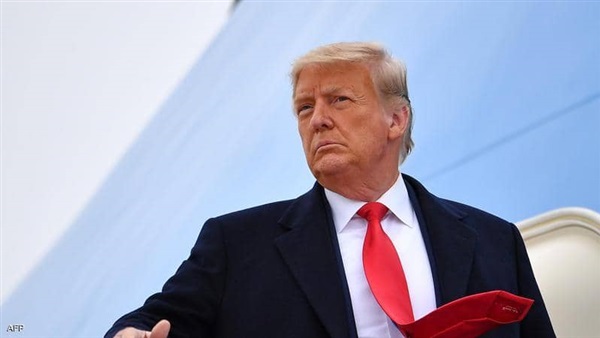 For two months after the 2020 presidential election, Donald Trump fought to invalidate and overturn the results.

When election administrators and judges refused to play ball, he urged his most loyal followers to march on Congress, to prevent final certification of the electoral vote. “We fight like hell. And if you don’t fight like hell, you’re not going to have a country anymore,” he told a crowd of thousands on Jan. 6.

“We’re going to the Capitol,” Trump said, and though he did not, many of his supporters did.

Trump was impeached for his leading role in the insurrection, but not convicted. The stain of that second impeachment notwithstanding, he left office without sanction. He lives in freedom, cushioned by continued wealth and influence. He still has the Republican Party in his thrall, and within that party, the only orthodoxy that matters is whether you also want to “stop the steal.” After a brief and uncharacteristic silence on this point, Trump now hails the Jan. 6 insurrectionists as heroes.

“These were peaceful people. These were great people,” he said during a recent interview on Fox News, in which he also embraced the MAGA martyrdom of Ashli Babbitt, who was killed inside the Capitol.

We are not the only democracy to have had a corrupt, would-be authoritarian in high office. But we have had a hard time holding that person minimally accountable, much less keeping him out of contention for future office, which would have been accomplished had he been removed from the White House.

As it stands, Trump has all but announced his plan to run for president in 2024, and Republican Party activists are eager to give him the nomination.

Who is to blame for the former president’s return to prominence? Is it the Democratic leaders who have been content to leave him to his own devices, or is it the Republican ones who have surrendered to his delusions and those of his most devoted fans?

Neither group is blameless, but the problem goes beyond our political elites, however fearful, timid or craven they happen to be. This isn’t the first time the United States has struggled to hold insurrectionists accountable for their actions.

Jefferson Davis, the president of the Confederacy and the commander in chief of an army that killed more than 360,000 American troops, died a free man. Robert E. Lee, the commander of the Army of Northern Virginia, died a free man as well. Alexander Stephens, the Confederate vice president, whose “cornerstone” speech defined the secessionist cause, served five terms in Congress after the war and also died a free man. Nor was this trio an exception. Other, less prominent Confederates were also able to escape any real punishment.

Most of the leaders of the deadliest insurrection in American history died free men, pardoned by President Andrew Johnson in the first years of Reconstruction and released from federal custody — if they were ever arrested in the first place. Howell Cobb of Georgia, for example, was the president of the secession convention, a drafter of the Confederate Constitution, a member of the Confederate Congress and an officer in the Confederate Army. He died while on vacation in New York, three years after the war ended. Some of these men would show contrition. But more typical were those who moved smoothly from open rebellion to opposition to Reconstruction to serving as propagandists for what would become the “Lost Cause.”

Before he died, Davis wrote “The Rise and Fall of the Confederate Government,” a two-volume work in which he purported to show that “the Southern states had rightfully the power to withdraw from a Union into which they had, as sovereign communities, voluntarily entered” and that secession was a righteous response to “violations” and “usurpations” of the Constitution.

Stephens similarly sought vindication with a book that framed the Civil War as a fight over “opposing principles” that “lay in the organic structure of the government of the states.” It was “strife,” he wrote, “between the principles of federation, on the one side, and centralism, or consolidation, on the other.”

Leniency for defeated Confederates did not just give them an opportunity to shape the nation’s memory of the war; it also contributed to a climate of impunity that fueled violence against Black people and their allies. Contemporary observers blamed the New Orleans massacre of 1866 — in which a mob of white rioters attacked a group of mostly Black Unionists, leaving dozens dead and many more wounded — on Johnson’s permissive Reconstruction policies.

“Blood is upon his hands, the blood of innocent, loyal citizens, who had committed no crime but that of seeking to protect themselves against rebel misrule, which he, Andrew Johnson, had foisted upon them,” The Chicago Tribune wrote.

To explain Johnson’s leniency, the historian Eric Foner notes two factors. The first was Johnson’s deep-seated racism, his belief that “White men alone must manage the South.” The second was his ambition to serve a second term. Thus, as Foner writes in “Reconstruction: America’s Unfinished Revolution,” Johnson came to view cooperation with the former Confederate elite as “indispensable to two interrelated goals — white supremacy in the South and his own re-election as president.”

Put a little differently, Johnson’s willingness to hold former Confederates responsible was tempered by both ideology and the realities of partisan politics. The Southern planter class may have been disloyal, but it still represented the kind of citizen Johnson believed should rule, as well as the kind of voter he hoped to attract.

This is an important point. The United States has never struggled to punish those radicals who stood against hierarchy and domination. Whether you were a labor radical, Black revolutionary or left-wing militant, to attempt to upset existing class and social relations — or, at times, to even associate with people who held those ideas — was to court state repression. The two Red Scares of the 20th century are evidence enough of this fact.

When a perceived internal enemy is a threat to the established hierarchy, the state springs into action. But when the challenge is in defense of those hierarchies, the incentive often runs in the other direction, either out of ideological affinity or the potential for political gain or both.

Trump leads a mass movement in defense of traditional hierarchies. His most fervent supporters tried to overturn American democracy in his name. Perhaps, if he and his followers were more fringe figures, there would be greater appetite among political elites for holding him accountable.

But because Trump and his movement are essentially mainstream — because his political power weighs on the fortunes of both parties — he is insulated from the consequences of his actions. His most fervent followers may find themselves facing prosecution and jail time for what they did on Jan. 6, but he stands unchastened and unrestrained.

It almost does not matter if Trump runs for president again. The damage has been done. Not just in terms of what is possible — an attack on the Capitol — but in terms of what is remembered. If, as Trump suggests, the insurrectionists are heroes and martyrs, then the insurrection itself is already fast becoming something of a “Lost Cause.” And if experience tells us anything, it’s that we should not underestimate the power and potency of that particular narrative.