Uranium metal: Key to Iranian pressure in negotiations and password for Russian transformation 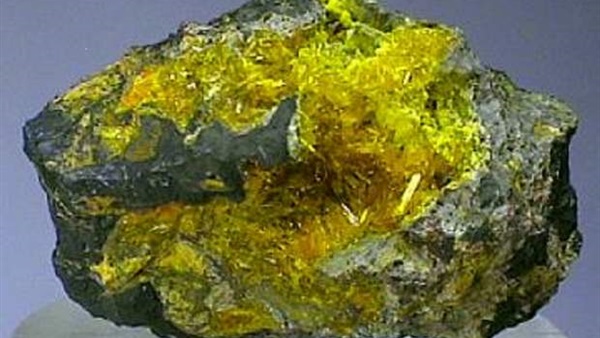 Iran is putting pressure on the talks hosted by the Austrian capital Vienna to discuss ways to revive the 2015 nuclear agreement, by resorting to the production of uranium metal that is used in the production of nuclear warheads for missiles.

Tehran claims that it needs to produce this metal for medical uses, but taking this step in a context of tension with the West over its position on the implementation of the nuclear agreement makes it difficult to believe the Iranian claims, as Tehran seeks to increase pressure on the US administration to force it to cancel sanctions in advance of Tehran’s production of nuclear military materials.

Iran denies its military intentions, claiming that it began the process of research and development to produce uranium metal under the supervision of the International Atomic Energy Agency (IAEA).

In a remarkable shift in the Russian position, Moscow's delegate to international organizations in Vienna, Ambassador Mikhail Ulyanov, considered that Tehran is “going very far” by producing uranium in the form of the metal, in addition to its 60% enrichment of uranium.

In a press statement on Sunday, July 11, Ulyanov said, “I would like to recall first of all that the Iranians showed great patience after the United States withdrew from the deal and launched the maximum pressure policy, and they continued to implement all their commitments to the JCPOA for a whole year and only stopped doing so after the Trump administration attempted an oil embargo. After that, Tehran began to retreat from the foundations of the Joint Comprehensive Plan of Action.”

“We have always refrained from harsh criticism of Tehran, as we understood that it was responding to the horrible policy of maximum pressure...usually we used the word ‘sorry’ when suspending Tehran's reversal of the principles of the nuclear agreement, but now there are concerns,” he added.

Ulyanov noted that Iran appears to be going too far, as for the first time, a non-nuclear country enriched uranium to 60% and produced uranium metal, adding, “The sooner we reach an agreement on reviving the Joint Comprehensive Plan of Action, the sooner we will end this situation.”

It is worth noting that in April, negotiations were launched under the auspices of the European Union to save the agreement on the nuclear program in light of the United States’ withdrawal from it since 2018 during the term of former President Donald Trump, who imposed economic sanctions on the Iranian side in response to the latter reducing its nuclear commitments.

Official talks are taking place between Iran, Russia, China, Britain, France and Germany, while the United States is participating in the dialogue without any direct contacts with the Iranian side.

Tehran refuses to negotiate directly with the administration of US President Joe Biden before the lifting of difficult economic sanctions, while the Washington insists on the importance of Tehran's commitment to what it has retracted from before.

In addition, Tehran-backed militias launch attacks on US military bases in Iraq to put pressure on the United States over the nuclear talks file.

Since the beginning of this year, military bases in Iraq have been subjected to 45 offensive operations, 13 of which were carried out by drones.