ISIS in failed attempt to destabilize Russia through the Caucasus 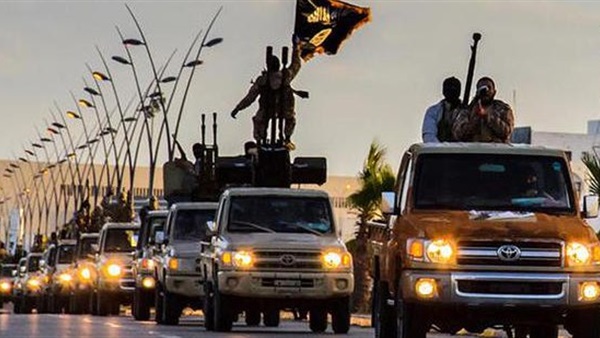 ISIS has been trying to infiltrate Russia in various ways for some time now.

During the past two years, Russian security managed to dismantle ISIS cells trying to infiltrate the country through border areas.

Russian security also succeeded in foiling a number of terrorist operations planned to be carried out by ISIS.

The Russian Federal Security Service also reported its success in thwarting a series of terrorist attacks in Moscow and Bulgaria, all sponsored by ISIS.

The Caucasus region, located in northern Russia, is considered a preferred location for the recruitment of Russian terrorist elements within ISIS ranks and other terrorist organizations active in Syria.

Chechnya and the Caucasus have become important targets for ISIS, according to ISIS propaganda videos that emerged in August 2014.

In one of these videos, an ISIS terrorist says his organization will liberate Chechnya and the Caucasus.

According to Russian authorities, around 700 people from the North Caucasus had joined ISIS in Iraq and Syria.

Nevertheless, the Soufan Group, a research center specialized in security issues, estimates the number of Caucasian and Chechen people who had joined ISIS to be at 2,500.

According to a statement issued by the Russian police, ISIS sought in the past three years to recruit a large number of Russian elements.

It tried to do this, the Russian police said, in different ways, including through the internet, fake media and social networking sites.

The Russian police confirmed that ISIS was able to attract a large number of followers to this site, especially since it was deliberately publishing videos in Russian.