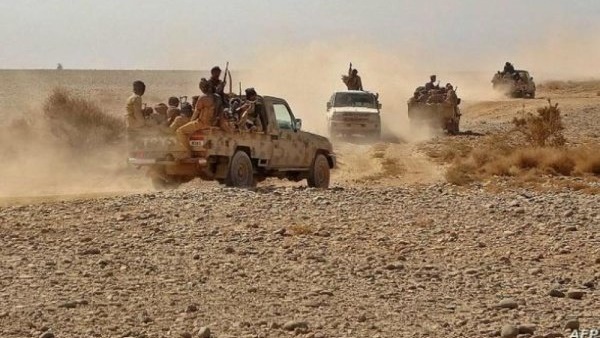 The branch of the Muslim Brotherhood in Yemen works to stop the advance of the national army in al-Bayda province.

It also backs the Iran-sponsored Houthi militia to implement its subversive project Yemen.

In conjunction with the massive military operation launched by the Yemeni army and the Popular Resistance to complete the liberation of al-Bayda, militias affiliated to the Brotherhood opened a side battle in Abyan province to obstruct the liberation process there.

According to the news site, al-Mashhad al-Yemeni (Yemeni Scene), the armed forces and the al-Bayda resistance managed to liberate large swaths of al-Zahir and Hazmieh fronts with support from the Southern Resistance in Abyan.

This happened, the site said, before the latter received a stab in the back after the Brotherhood militia stormed the city of Lawdar, which is located on the supply lines.

The Southern Resistance confirmed that the Brotherhood's storming of Lawdar province and igniting battles there had hampered the front's actions and movements against the Houthis.

It noted that the coup militia was the only beneficiary of these events.

Brotherhood elements seek to push south towards the liberated areas and obstruct the liberation of areas under the control of the Houthis, in the light of understandings between the Houthis and the Brotherhood.

The two groups strive to advance south towards their common enemy, namely the Yemeni army and the forces backing it.

The Muslim Brotherhood established dozens of military camps and formations parallel to the government forces.

These camps and formations work to undermine the legitimate government in line with the Iranian agenda.