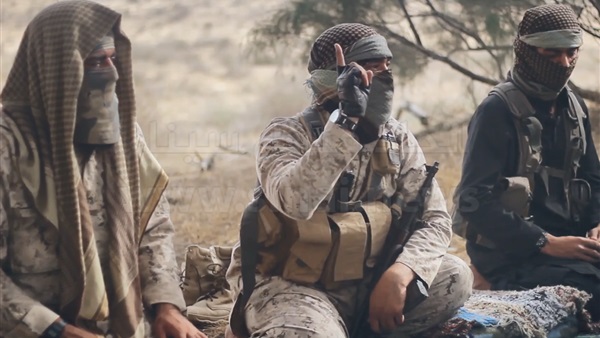 Egypt officially included Sinai Province on the list of terrorist entities, after the official Egyptian Gazette published the decision of the Egyptian Public Prosecution.

Sinai Province, formerly known as Ansar Beit al-Maqdis, previously announced its pledge of allegiance to ISIS at the end of 2014.

Ansar Beit al-Maqdis first appeared in 2011 in light of the insecurity that Egypt suffered following the January 25 revolution, which led to the activity of terrorist groups in Sinai, many of which joined the terrorist group Al-Tawhid wal-Jihad and were stationed in Mount Helal in central Sinai.

The terrorist group’s activity expanded after the June 30, 2013 revolution that overthrew the rule of the Brotherhood and removed former President Mohamed Morsi from power. But after that it focused more on targeting the security forces and the army in Sinai, and then launched terrorist operations in the center of the capital and other governorates.

The group continued its operations until it reached the sprawling Western Desert, whose oases are a magnet for tourists. The mountainous terrain provided ideal hiding places for militants, as well as its proximity to the border with Libya.

Estimates indicate that the number of the group's members ranges between 1,000 and 1,500 armed men spread throughout the Sinai Peninsula, which covers an area of 60,000 square kilometers.

The Egyptian security forces are making great efforts to maintain the stability of the security situation in the country, and over the years they have been able to kill a number of the group’s leaders.

In December 2014, the Egyptian Ministry of Interior announced in a statement that the National Security Sector of the Ministry of Interior was able to monitor a group of the most dangerous takfirist elements affiliated with Ansar Beit al-Maqdis using a farm in Husseiniya in Sharkia Governorate (northeast of Cairo) as a place for planning and preparing for the implementation of a series of terrorist attacks.

It added that “a security force was able to raid the farm, where the terrorist elements fired heavy weapons in their possession at the forces, who exchanged heavy fire, which led to the death of the five terrorist cell members.”

In April 2017, the Egyptian army spokesman confirmed the killing of Abu Anas Al-Ansari Al-Sinawi, one of the leaders and founders of Ansar Beit al-Maqdis in North Sinai, in a bombing that resulted the the deaths of 18 highly-motivated takfirist elements.

At the beginning of 2021, the US Treasury’s Office of Foreign Assets Control (OFAC) included Sinai Province and Hasm on its list of terrorist entities.