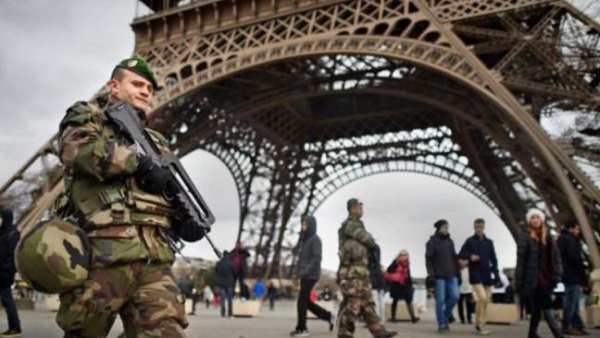 European Union countries are seeking to decisively confront terrorist groups in light of double security pressures as a result of the bloody attacks that struck the region recently, in addition to confronting cultural and educational centers that carry the ingrained thought of extremist currents and are spread throughout European cities.

The previous variables have formed a pressing vocabulary on Europe, which wants to secure itself from the spread of violent terrorism. Therefore, legal amendments and ideological interaction constitute the mainstays for combating the modern phenomena resulting from the crystallization of the ideologies of transnational extremism.

Europe has always been an important station for Islamist groups because of its laws that respect equality and freedom of expression, which are exploited. Therefore, the trend towards amending laws in line with developments in the security file remains of human and social value.

For its part, the Austrian National Council announced on July 8 the adoption of a new law aimed at combating extremism and terrorism in the country by strengthening the capabilities of the relevant agencies to pursue extremist elements and their financial and intellectual financiers.

Austrian Interior Minister Karl Nehammer stated that the new law gives the authorities the ability to toughen penalties for elements that facilitate the creation of an environment conducive to the growth of terrorism, encourage religious extremism, and exploit social media platforms to recruit for terrorist groups and spread the ideology of extremism.

The new laws will require those released in cases of conditional release of terrorism convicts to wear an electronic bracelet around their ankles to monitor their movements and ensure that they do not engage in extremist activities that threaten the security and stability of the country.

The new legislation is an additional step to confront the terrorism that violently targeted the country on November 2, 2020, when an ISIS terrorist named Kujtim Fejzulai attacked a group of citizens in the capital, Vienna, which caused confusion about the measures being followed by the Austrian government in particular, as the assailant had been released due to his improved behavior, according to prison reports, after he had been detained for traveling to join the ranks of ISIS in Syria.

The Vienna attack also caused turmoil in the European community as a whole due to its assurances about the continuity of communication between the leadership of the terrorist organization and its affiliates abroad. After the attack, ISIS released a video clip of the perpetrator declaring his allegiance to the leader of ISIS before carrying out the attack.

The Austrian government believes that terrorism has the main goal of weakening society and is divided among groups that do not believe in national borders. The government has already taken important decisions to combat extremism, as it issued in February 2019 a law banning the use of symbols for extremist movements, including the Brotherhood and the Grey Wolves.

The social and cultural centers of the international Brotherhood, which are spread throughout European cities, remain an important factor in the battle against radical ideology, as these centers act as mouthpieces for the terrorist organization and its divisive ideas without a clear declaration of organizational affiliation. Hence, the clear prohibition of the group remains a challenge that recent legal adaptations have not been able to confront.

In addition, social media and the internet remain a large space for terrorist groups, despite European efforts to undermine this, and in the same regard, laws have not been able to break the rules of respect for information and the confidentiality of citizens' data.