ISIS in the Maldives: Terrorism on shores of Indian Ocean (Part 3) 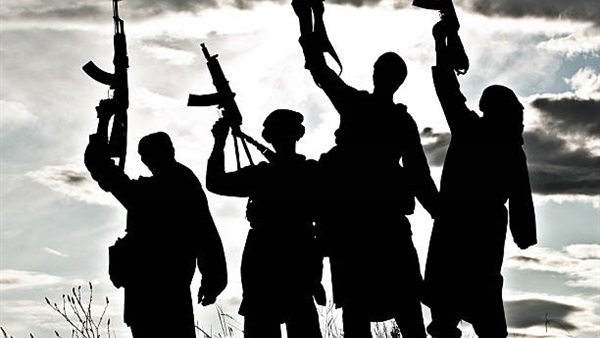 ISIS is constantly searching for new havens, as the terrorist organization seeks to make the Maldives a theater for its bloody operations, the latest of which is the attempt to assassinate Maldivian Parliament Speaker and former President Mohamed Nasheed on May 6 and seriously wounding him.

This attack came in retaliation for Nasheed’s hardline stances towards ISIS, his attempt to strike with an iron fist against the organization’s elements, and his repeated warnings of the existence of recruitment networks extending in most of the countries of Southeast Asia passing through his country.

During Nasheed’s reign, the Maldivian authorities were also able to thwart a number of terrorist attacks and revealed attempts by supporters of the organization to spread its ideas. In 2019, the authorities arrested Mohamed Ameen, who was responsible for recruiting young people and persuading them to join ISIS and travel to Syria and Iraq. It is believed that Ameen occupied a prominent position in ISIS’s Khorasan Province, and his arrest represented a severe blow to the organization.

Attempts to spread ISIS in the Maldives began in August 2015, when the terrorist organization published a video calling on Maldivian citizens to join it, in addition to issuing warnings to the authorities there to release the elements supporting it who were arrested. Since its emergence, the terrorist organization’s members have come from criminal backgrounds related to looting and gangs, and they are looking for opportunities to repent, as the organization convinces them that the door to repentance is acceptable if they participate in jihad.

Egypt’s Dar al-Iftaa Observatory had previously confirmed that ISIS is increasing its interest in the Maldives through lone wolf operations carried out by elements pledging allegiance to the organization there, in a new attempt to search for a foothold through which to carry out more terrorist operations, as the country is a breeding ground for terrorist groups.

It is noteworthy that ISIS announced its first attack in the Maldives in April 2020, when it burned five speedboats, a marine ambulance and a government police patrol ship in Mahibadhoo port in Alifu Dhaalu Atoll.

A statement issued by ISIS said that the boats belong to the “apostate government of the Maldives and its loyalists.” These attacks were preceded in February 2020 by a wave of stabbings that injured three foreigners.

ISIS praised the incident in its loyal Sawt al-Hind magazine, saying, “Oh lions of the caliphate in the Maldives,” and urged the Muslims of neighboring countries to follow the example of the stabbing operations. In the sixteenth issue of the magazine in 2021, a regular column entitled “From the Brothers in the Maldives” incites ISIS supporters to launch attacks in the country.

Government data indicated that about 1,400 Maldivians were recruited by ISIS, and the Maldivian authorities have failed to curb extremism due to violent religious extremism, sharp polarization, and debates about the identity of the country's secular democratic governance, while terrorist groups gain acceptance among citizens.

It is worth noting that the authorities in the Maldives try from time to time to bring its citizens who joined ISIS back to their lands to rid them of the organization’s toxic ideas in an attempt to correct misconceptions. The latest attempt was the efforts to return the children of two ISIS terrorists stuck in Afghanistan. The terrorist Ali Shafiu, his wife and their three children were arrested in 2018 in the eastern province of Nangarhar on charges of joining the terrorist organization, but the parents refused to cooperate or hand over their children.