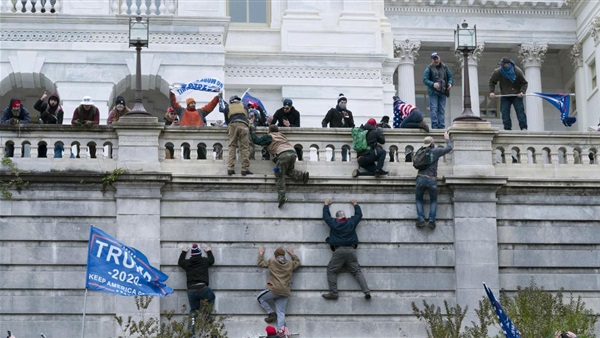 The FBI has infiltrated a militia-style organisation posing as a Bible study group, which was set up by an alleged January 6 rioter.

Members of the group discussed surveillance of the Capitol building and secession from the US, combat training and how to conceal their communications, according to unsealed court records. One member planned to build and test petrol bombs, authorities said.

The revelations are outlined in a 14-page FBI statement filed in court in recent days to support initial charges against Fi Duong, of Virginia, who is accused of participating in the insurrection at the US Capitol.

According to the affidavit, Duong told an undercover FBI agent that he belonged to a militia-style group. The agent then attended meetings of Duong’s group and investigators intercepted encrypted communications about post-riot surveillance of the Capitol in order to “expose weaknesses”, according to the court documents. Duong allegedly told the agent he had written a manifesto.

Duong is one of more than 520 defendants charged in the Capitol riot, as the Justice Department roots out right-wing extremist groups seeking to interfere with the functioning of the US government.

Duong has been charged with disorderly conduct, obstruction of an official proceeding and knowingly entering or remaining in any restricted building or grounds without lawful authority.

The case against him arose after Duong spoke to an undercover Metropolitan Police officer in Washington DC on January 6, according to court papers, asking if the officer was a patriot and identifying himself as an “operator”.

Duong, whose aliases include “Monkey King” and “Jim”, went to the Capitol dressed head-to-toe in black to disguise himself as a “member of Antifa”, an umbrella group of anti-fascists.

After the insurrection, the FBI claims, Duong held meetings at his home in Alexandria, a suburb of Washington, under the guise of Bible study. It says the group was addressed by a member of the far-right militia group, the Three Percenters.

The FBI agent wrote that Duong said his group “can’t be out in the open” and needed to be “a little bit more cloak and dagger”.

Meanwhile Sears and Kmart, the US retailers, apologised and recalled a T-shirt carrying an “Ashli Babbitt American Patriot” slogan, following an outcry on social media.

Babbitt was shot dead by police while attempting to climb through a broken window at the height of the insurrection. Far-right groups have attempted to make her a martyr for their cause.