Ibrahim al-Qosi: Bin Laden’s companion and most wanted man by US 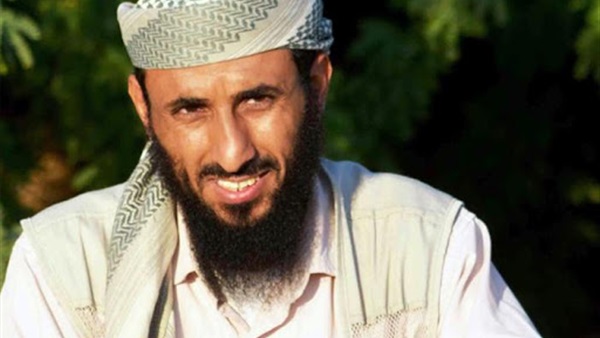 The US State Department's Rewards for Justice program announced a financial reward of up to $4 million for providing information leading to prominent al-Qaeda leader Ibrahim al-Qosi.

The program stated, “Ibrahim Ahmed Mahmoud al-Qosi is a prominent leader in al-Qaeda in the Arabian Peninsula (AQAP) and a wanted terrorist. This terrorist left his country, Sudan, to receive orders from the leadership of al-Qaeda in Iran to wreak havoc in Yemen and its people.”

Qosi, better known by his nickname Khabib al-Sudani, hails from the city of Atbara, north of the Sudanese capital, Khartoum. He worked as a chef at al-Qaeda founder Osama bin Laden’s Star of Jihad complex in Jalalabad, Afghanistan.

He has been held in the US prison at Guantanamo Bay since 2002 and is the fourth person in the detention center who is not of American origin to be sentenced by the US Military Court, which was established after the events of September 11, 2011.

Qosi has encouraged lone wolf attacks against the United States in articles posted online, according to the Rewards for Justice program.

He spent more than ten years working with al-Qaeda and with Bin Laden, first as an accountant for bin Laden's shell companies and then as a member of his security team.

According to the Sudanese News Agency, Qosi had been working as a chef for Osama bin Laden since he joined al-Qaeda in the 1990s, before becoming responsible for logistical matters in the organization.

Al-Qaeda in Yemen released a new documentary film entitled “Guardians of Sharia”, in which it provided an important service to opponents of closing the Guantanamo prison by showing Qosi, who has become one of the senior leaders and main theorists of al-Qaeda in Yemen.

Only hours after the documentary was broadcast on the internet, the media arms of conservatives in the United States, including Fox News and the Long War Journal, rushed to celebrate the return of the former prisoner to AQAP to demonstrate the danger of releasing the remaining prisoners.

Qosi was accused of helping Bin Laden escape from US forces to the mountains of Tora Bora in Afghanistan after the US invasion in 2001, and he pleaded guilty to charges of conspiring with al-Qaeda and providing material support for terrorism, where he admitted under oath that he had supported al-Qaeda since 1996.

He received a 14-year prison sentence, which was then reduced to only two years. Then only two years after his release in July 2012, he rejoined AQAP and has since become a leader of the organization.

In December 2015, Ansar al-Sharia, known as al-Qaeda of Yemen, published the biographies of the four most prominent leaders in the organization, most notably Qosi.

In the release, the organization said that Qosi holds a bachelor’s degree in Accounting Assignments from the Institute of Colleges of Technology (now Sudan University) in 1987. He worked in 1989 smuggling weapons for the Egyptian Jihad Group and participated in the war in Afghanistan against the Soviet Union after training at the Al-Farouq camp.

In November 2019, the US State Department announced a $10 million reward for information leading to the arrest of senior leaders of Al-Qaeda in the Arabian Peninsula. On top of them are Ibrahim al-Qosi and Saad al-Awlaki, due to their calls to launch terrorist attacks against the United States and its allies in the region and their dangerous activities in support of al-Qaeda by recruiting fighters via the internet and planning bombings.