World of Music: Music as alternative to cortisone and sprays to treat asthma (Part 17) 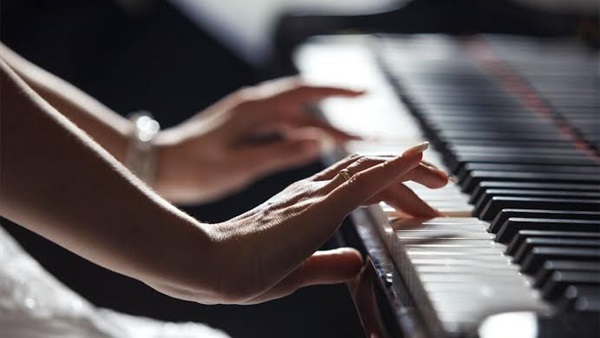 In the previous episode, we talked about the importance of music in our lives and that music is found within us and our organs, while its movements indicate harmony and internal rhythm. Our heartbeats are rhythm and our voices are tones, and music is nothing but rhythm and melody. Each of our names has its own rhythm, and our words contain music. Even our voices are different from each other, because every sound has its own tones that differ from other sounds. Our steps also have a rhythm.

Even water has its own sound and tone, trees and birds have sounds and tones, and all living creatures have different sounds, tones and rhythms. In the end, we must know that music is inside us, in our names, and in the environment around us, not just music in the musical education room, and we must know that music is composed of rhythm and melody.

Melody is the melodic element associated with the sharpness of the voice, i.e. the pitch of the voice, such as the difference between the father’s voice and the son’s voice.

Rhythm is the temporal element in music, which determines the length or shortness of notes or their division of several times.

During the previous episodes, we explained in detail the role of music in improving language skills, relieving physical pain, treating cancer, improving mental health, and improving speech in children.

Among the wonders of music therapy was realized when a team of English doctors recently embarked to treat asthma with music as a substitute for cortisone and nebulizers. These doctors put in their treatment program musical instruments that depend on wind, such as the flute, trumpet and saxophone. According to the opinion of many specialists, these instruments improve lung functions and teach the patient to control respiratory movements, and it also helps to open the convulsive bronchi.

As we promised you before, we will share some practical sessions of treatment and psychological measures for researchers in the field of music therapy or for parents who want to learn more about this matter and apply it to their children through these sessions. But before that we have to remind of the types and methods of treatment, which are numerous, but most of them depend either on the receptive method based on listening or on the active method based on playing musical instruments. Among the methods of music therapy:

Including the Nordoff Robbins method and other methods. The philosophy of these methods is to stimulate the patient's reactions at all levels based on contact with the person in the context of the musical experience.

It is a typical method used in psychotherapy and in treating adolescent and elderly problems. It is based on motivating the patient to respond to poetic pieces and music by expressing the thoughts and feelings evoked by songs and tones.

It is a method based on listening to classical music accompanied by a state of mental and physical relaxation to stimulate the pictorial description in order to reach the subjective reality.

It is used to help deal with children with intellectual disabilities through the use of movement, rhythm, sounds, language and music expression in group settings.

It is a rhythmic music therapy program that uses complex rhythmic patterns to stimulate the central nervous system to aid in long-term behavioral and cognitive improvement in people with neurobiological disorders.

The approach includes guided images with music, in which the patient focuses on an image that is used as a starting point for thinking and discussing any related problems. Music plays an essential role in the treatment and may be called a “co-therapist.” The patient’s individual needs and goals influence the music chosen for the session.

It is a method used to teach music to students that can also be used as a form of therapy. This method focuses on the rhythm, structure and expression of movement in the learning process. Because this method is suitable for improving physical awareness, it greatly helps patients with movement difficulties. It involves the use of rhythm, notation, sequence, and movement to help the patient learn and recover. This method has been found to improve intonation, rhythm, and musical literacy, and it also has a positive effect on cognitive function, concept formation, motor skills, and learning performance in a therapeutic setting.

Neurologic music therapy is based on neuroscience, developed with consideration to the perception and production of music and its impact on brain function and behavior, using and manipulating differences within the brain with or without music in order to provoke brain changes that affect the patient. It has been claimed that this type of music therapy alters and develops the brain by engaging with music. This has implications for training motor responses, such as tapping to music, and can also be used to develop motor skills.

A therapist or parent asks questions to the child about the extent of his love for music and whether he like and cares about the music education class. Does he enjoy being in the music room with the sounds of instruments and singing? Then the story of music in our lives is told. The story revolves around the importance of music in our lives and explains that everything in the universe has its own rhythm, even our names and the sounds of things around us, including water, trees, birds and living creatures.

Then the child begins to listen a part of Mozart’s Turkish March. This piece is characterized by movement and speed, which infuses within the child the spirit of activity and vitality.

Here we will stop explaining the details of the session and continue in the next episode, because mentioning Mozart calls for us to provide some lines about him so that adults know before young people that genius has no age and that the harshness of circumstances brings out the creativity inside us, as the one who gave us this great legacy of music died when he was only 35 years old.

Mozart, one of the most famous creative geniuses in the history of music, succeeded in producing 626 musical works. The strange thing is that Mozart began practicing playing at the age of four, at the age of six he began participating in concerts, at the age of seven participated in a musical tour throughout Europe with his family, and at the age of 13 he composed his first Italian opera.

In the year in which Mozart was born, his father had written a successful book on the cello. At the age of four, his father started giving him music lessons as if they were games and thus was able to train him, and Mozart played with great accuracy and disciplined in rhythm. At the age of five, he began composing musical pieces and excelled in all kinds of music composition, and many of his works were characterized by joy and strength. He produced serious music to a large degree, among the most important works being Symphony No. 41 (Jupiter), Don Giovanni, the Magic Flute, Cosi fan Tutte, 18 concertos for piano and other instruments, including the concerto for the clarinet.

Another paradox is that this exceptional genius in music fell ill with a fever and did not receive the appropriate honor at his burial because he was not of the highest class. But as Nietzsche said, “Some people are born after their death.” A memorial was erected to Mozart, and after several centuries his portrait adorned the streets of Salzburg. In the building that contained the apartment Mozart lived in, the Vienna municipality set up the Mozart House Vienna museum, which includes exhibition halls on several floors and contains exhibits of his belongings.