Extended partnership between Mauritania and NATO to confront terrorist organizations 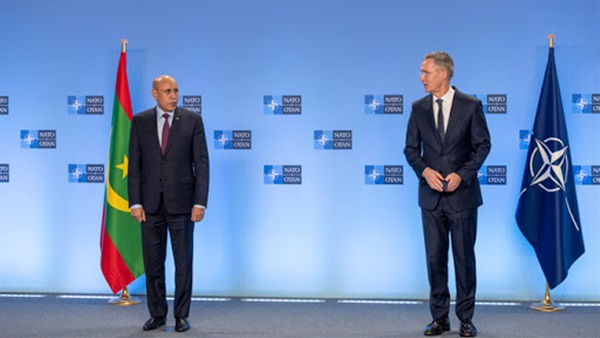 The North Atlantic Treaty Organization (NATO) attaches great importance to the African Sahel region because of its strategic importance, and it has partnered with Mauritania, which has a unique role in confronting extremism.

NATO decided to strengthen its extended partnership with Mauritania through steps agreed to be implemented between the two sides to confront terrorism.

A statement issued by the NATO secretariat in Brussels said that the alliance and the Mauritanian government agreed to intensify their dialogue and political cooperation at the conclusion of a working visit by a NATO political and military delegation to the capital, Nouakchott.

During its stay in the country, the NATO delegation held talks with the foreign and defense ministers and representatives of the international community accredited in Mauritania, such as the Group of Five Sahel countries (G5), which was established in 2014 alongside Mali, Niger, Chad and Burkina Faso and is currently chaired by Mauritania.

The talks also included meetings with officials of the Permanent Secretariat of the Sahel Group, the G5 Sahel Defense College, the United Nations and the International Committee of the Red Cross, as well as the European Union delegation in Nouakchott.

Since 1995, Mauritania has enjoyed the status of a NATO partner from outside its member states, within the framework of what is known as the NATO Mediterranean Dialogue.

As a result of that partnership, in recent years, NATO has established high-security warehouses for ammunition in the country. The alliance has also contributed to strengthening the capabilities of the Mauritanian forces to respond in times of crises and emergencies, and it has contributed to the establishment of two civil protection units, as well as the establishment of four crisis management centers, on Mauritanian territory.

At their summit held in Brussels on June 14, NATO leaders stressed the seriousness of the deteriorating security situation in the African Sahel region and the need to address the growing terrorist threats in that region and to strengthen partnership in this regard with their countries, foremost of which is Mauritania and the international community.

During the visit, Ghazouani held talks with NATO Secretary-General Jens Stoltenberg on the need of security cooperation between Mauritania and the alliance, which considers Mauritania the first line of defense for the G5 Sahel group in the face of terrorism and armed violence.

Stoltenberg praised the Mauritanian role in mobilizing the Sahel countries’ efforts to confront terrorism and deepen dialogue with NATO on issues related to border security, combating the domestic manufacture of explosives, and combating the proliferation of small arms.

The Mauritanian state has played a prominent role in the fight against terrorism, which qualified it to be one of the actors in combating extremism at the level of the Sahel and Sahara region. It achieved this in two ways: the first is militarily by waging battles against armed groups, and the second is non-militarily by addressing the economic and social factors that lead to the spread of extremism.

Nouakchott has also worked to confront terrorism domestically, in terms of mobilizing the efforts of religious scholars and bodies to dismantle extremist discourse and present Islam in its moderate image. In 2019, it hosted a scholarly conference on confronting the currents of extremism and hate speech in the Islamic nation.

On the popular level, in 2018, a group of activists who pioneered social networking sites launched a campaign to combat extremism and hate speech through social media.

The Mauritanian state has also enacted several laws that are in line with human rights principles, in terms of defining acts of terrorism, their objectives, operational methods and forms of criminality, strengthening prevention, simplifying procedures, and establishing specialized counter-terrorism courts.

The state has also made efforts at the level of human development to combat extremist ideology, as it launched great efforts in the field of civil and religious discipline in order to dry up the ideological sources on which terrorism feeds, which resulted in the repentance of a number of Salafi prisoners and their integration into society once again.